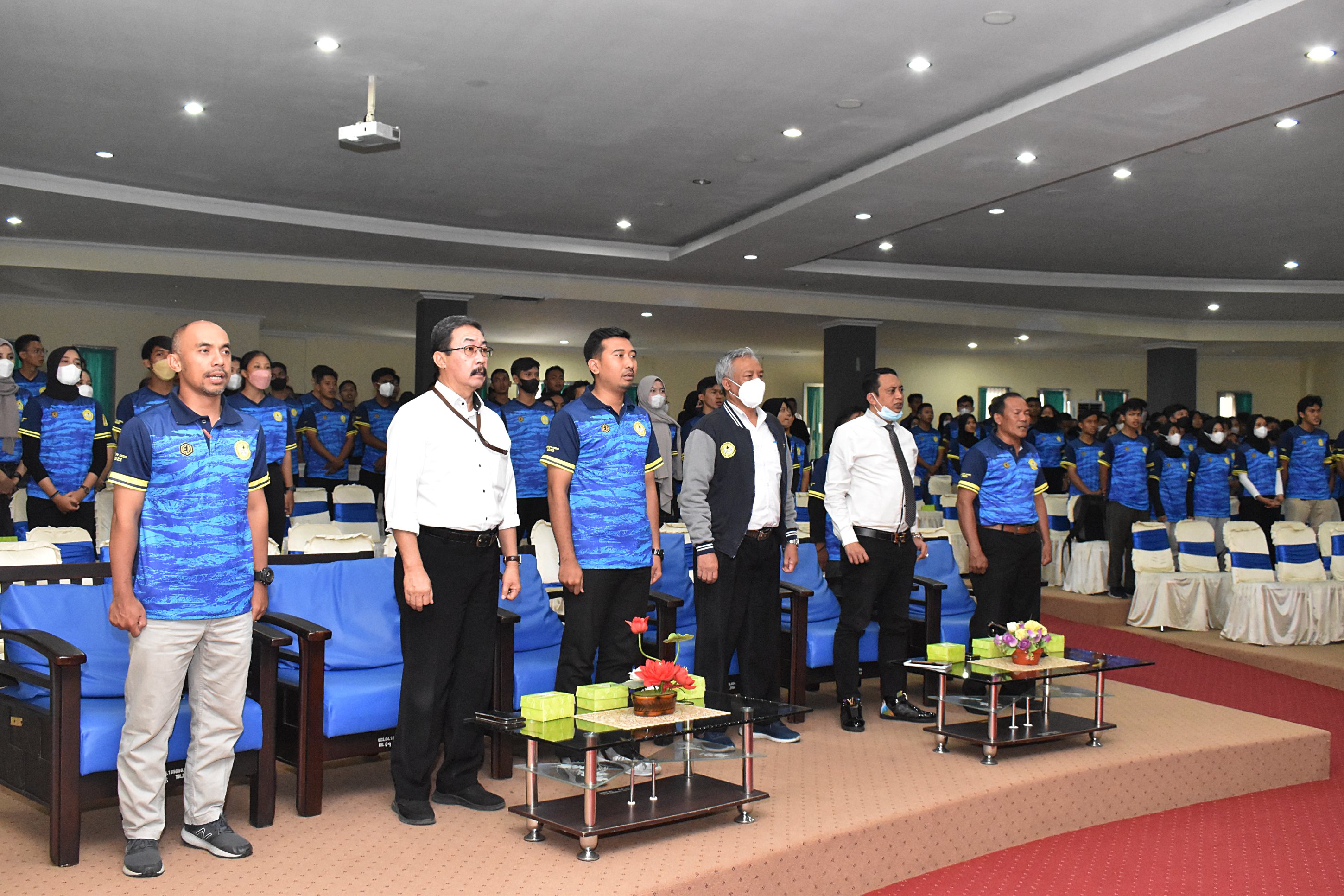 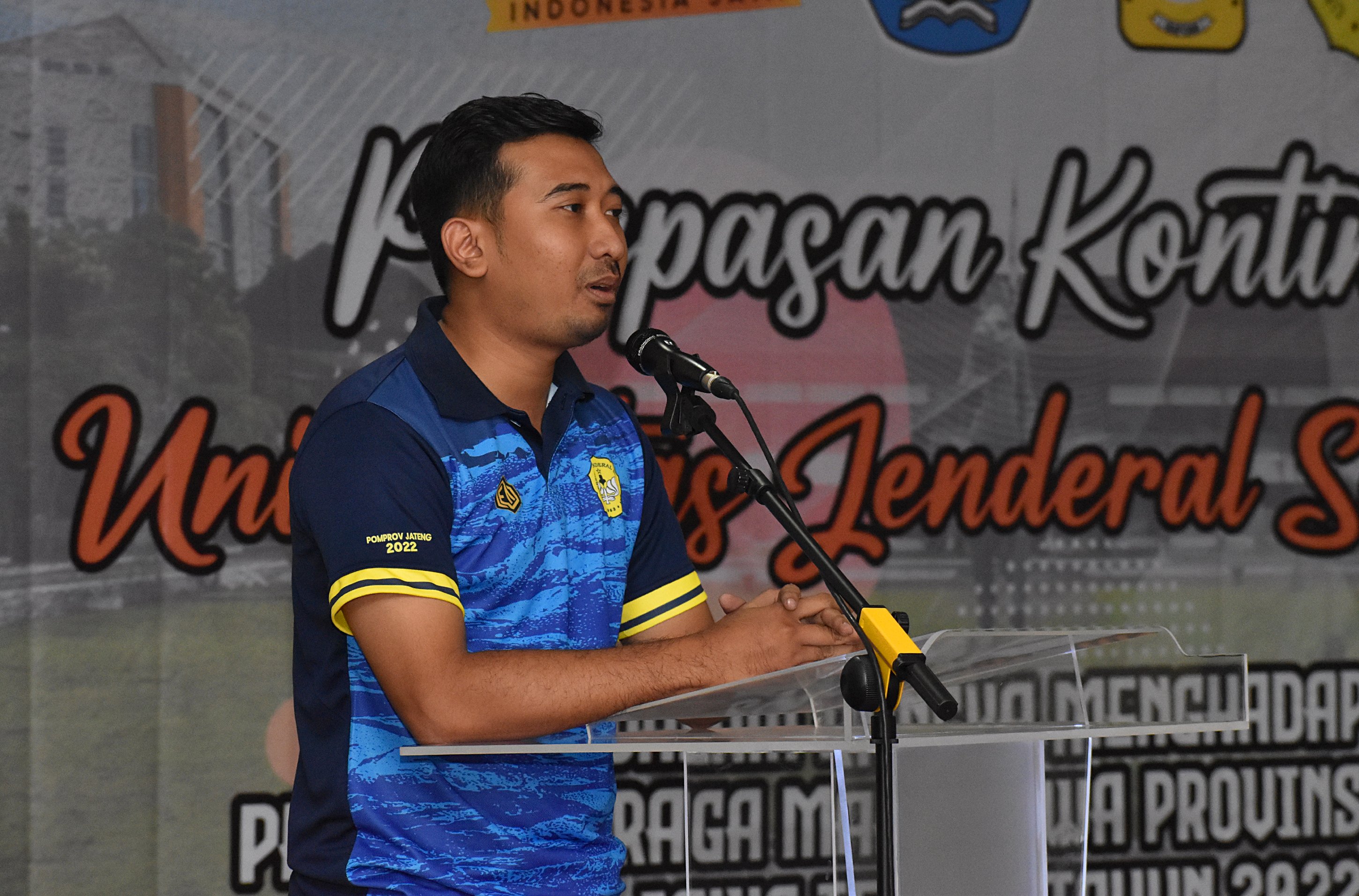 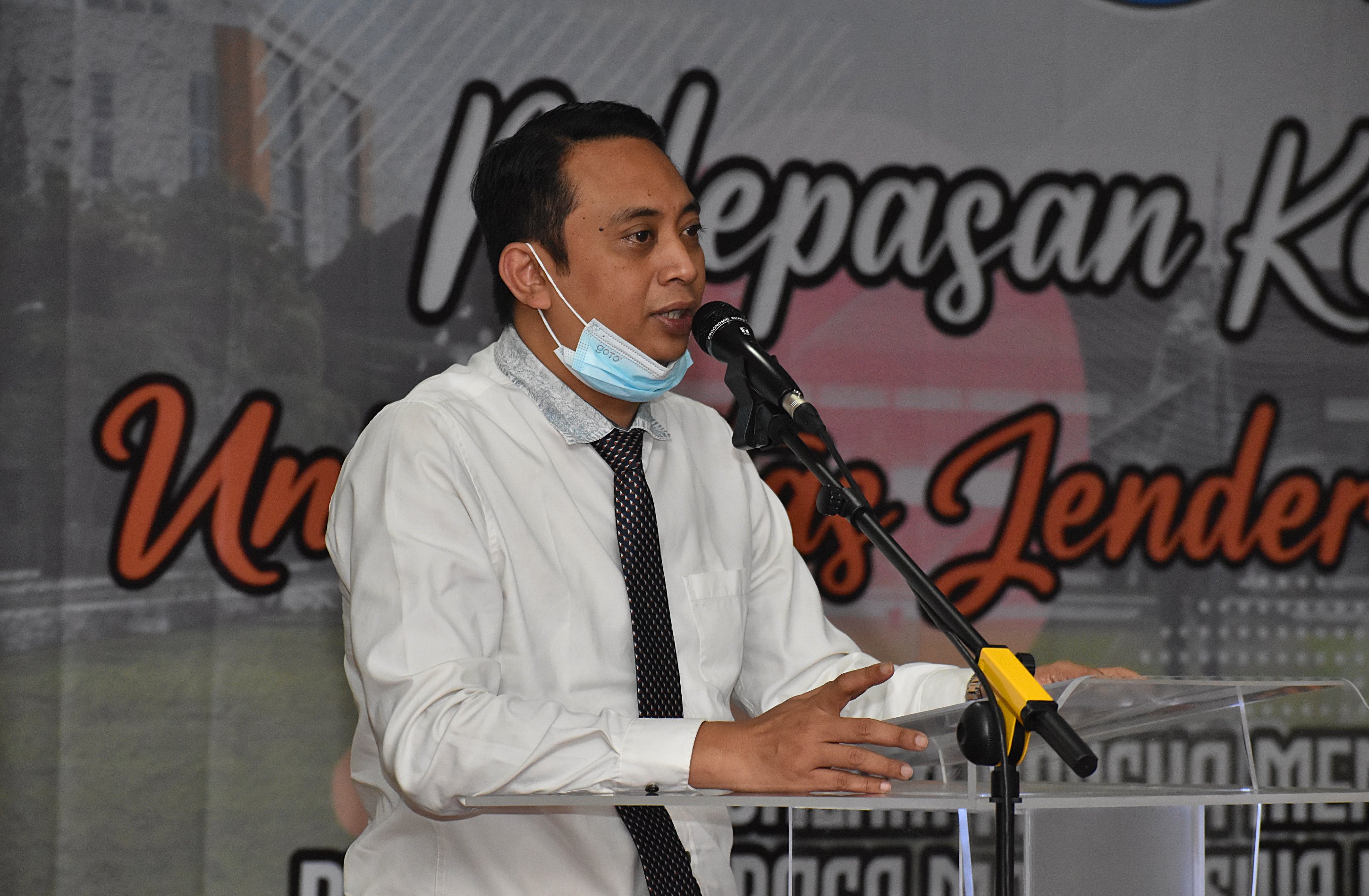 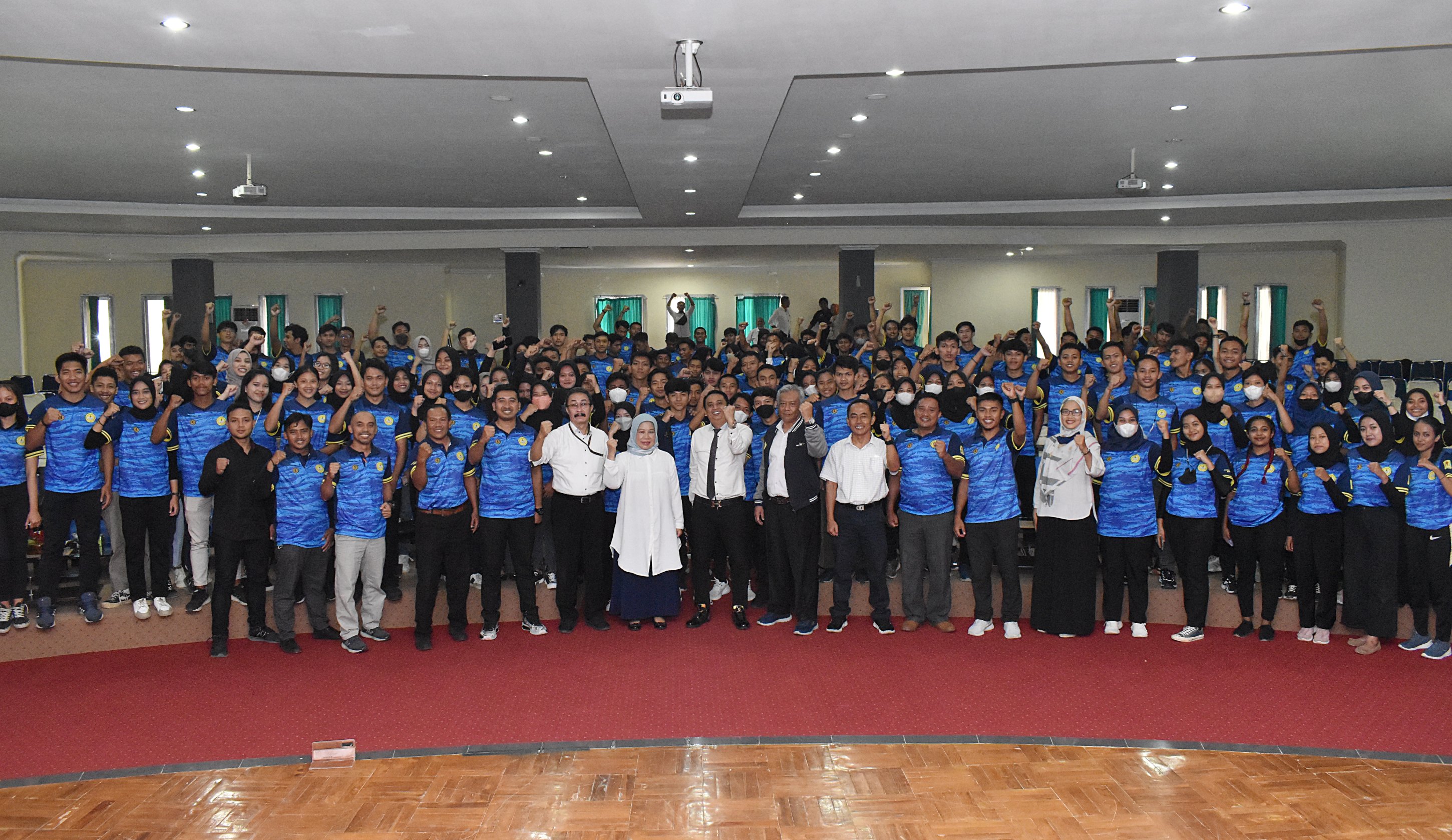 Rifqi Festiawan S.Pd., M.Pd as the head of the Unsoed contingent said that a total of 160 Unsoed delegates/athletes would participate in 12 sports, out of 14 sports being competed. The sports that followed were Athletics, Basketball, Volleyball, Badminton, Futsal, Karate, Rock Climbing, Pencak Silat, Swimming, Sepak Takraw, Taekwondo, and Field Tennis. "Hopefully athletes can give maximum achievement results in this 2022 Pomprov, of course with the spirit of Jenderal Soedirman Go Forward and Never Give Up," he said.

Unsoed contingent released by Vice Chancellor for Student Affairs & Alumni / WR III Dr. Norman Arie Prayogo S.Pi.,M.Si. In his remarks, he congratulated the Unsoed contingent on carrying out their duties, and hoped that they could give maximum results. WR III further said that student achievements are included in the IKU assessment, the more achievements and medals, the better Unsoed's ranking will be. Instructing Unsoed athletes to always be enthusiastic and never give up, uphold sportsmanship, and be ready to compete.