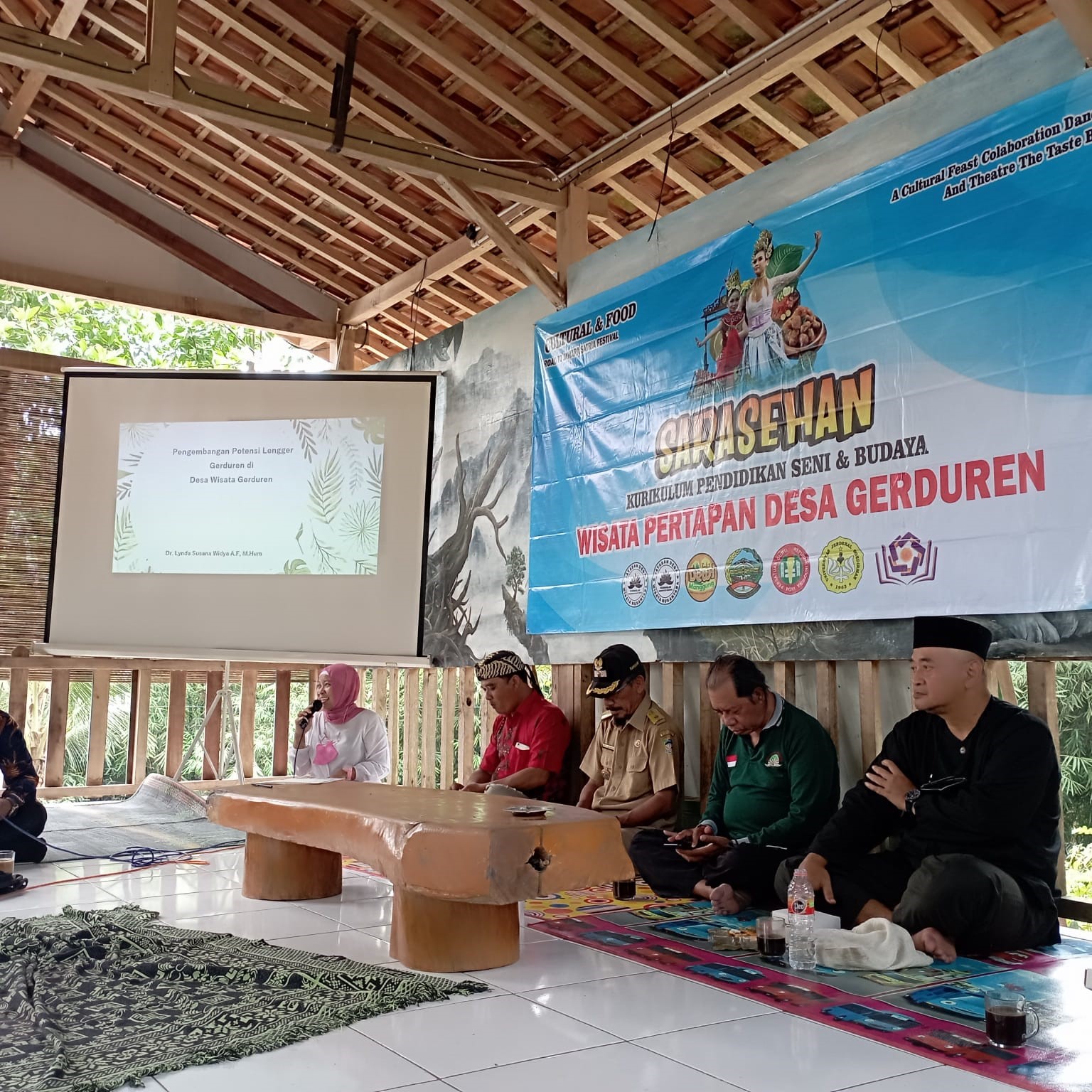 [unsoed.ac.id, Sel, 20/09/22] Lengger is a noble culture of Banyumas that needs to be preserved, especially for the younger generation. In this effort to preserve, universities have a very important role in providing socialization and education for the community.

Related to that, Dr. Lynda Susana Widya Ayu Fatmawaty, M.Hum (Lecturer of English Literature, Faculty of Humanities, UNSOED) as a lengger researcher was invited to be one of the main speakers in the Art and Culture Education Curriculum Workshop with the theme Lengger. This workshop was held on Monday (19/9) at Pertapan tourism, Gerduren Village, Purwojati, as one of a series of collaboration events "Jawara Satria 2022" organized by the Banyumas Nusantara Tourism Village (Dewisnu Banyumas), Subang Archipelago Tourism Village (Dewisnu Subang) and the Gerduren Village Government, Purwojati District.

In the workshop, various issues related to the independent curriculum were discussed, starting from the elementary level to the senior secondary level. Looking at Gerduren, who is known as the forerunner of Lengger, there is deep concern regarding the conditions that can be called the lengger emergency in Gerduren village. "Currently, there are only a few people left in Gerduren village, so it is necessary to revitalize it to save the existence of lengger," he said. The younger generation in Gerduren village no longer has the desire to become lengger or learn lengger dance. Therefore, the idea was put forward to include lengger in the curriculum as the cultural wealth of the community.

The Purwojati branch of the Education Office welcomes this idea, especially since it is a real implementation of the Independent Curriculum. In this case, schools are expected to be able to formulate and teach lengger to elementary school students, especially in elementary schools (SD) in Gerduren Village. This is the first step to transplant the younger generation who can preserve the Banyumas lengger. In addition, the Cultural and Culinary Festival will be held to awaken the creative culture of the Gerduren village community and its surroundings. The festival is planned to be held in November 2022.

At this festival, Lengger Gerduren and several other arts will be staged again so that they can become a place to explore Gerduren's cultural wealth. This festival will be spearheaded by the Banyumas Nusantara Tourism Village in collaboration with the National Nusantara Tourism Village, and supported by the Faculty of Cultural Sciences, Universitas Jenderal Soedirman.