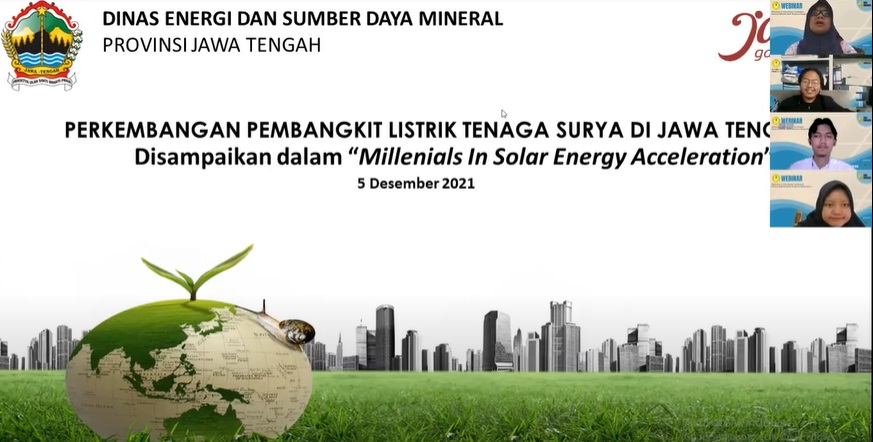 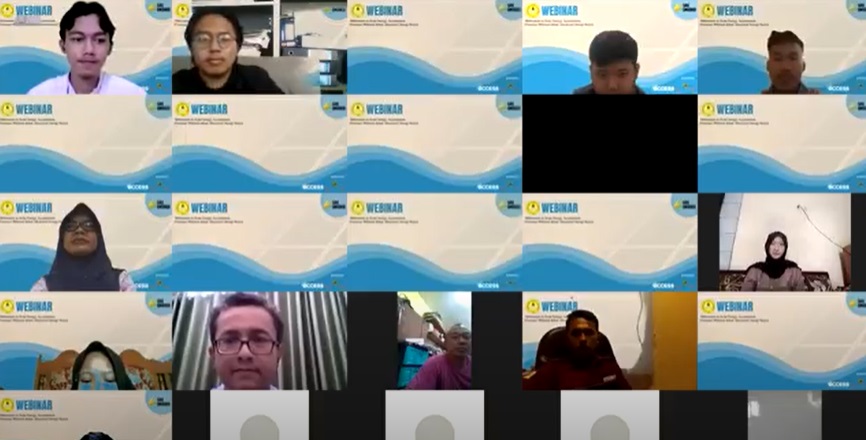 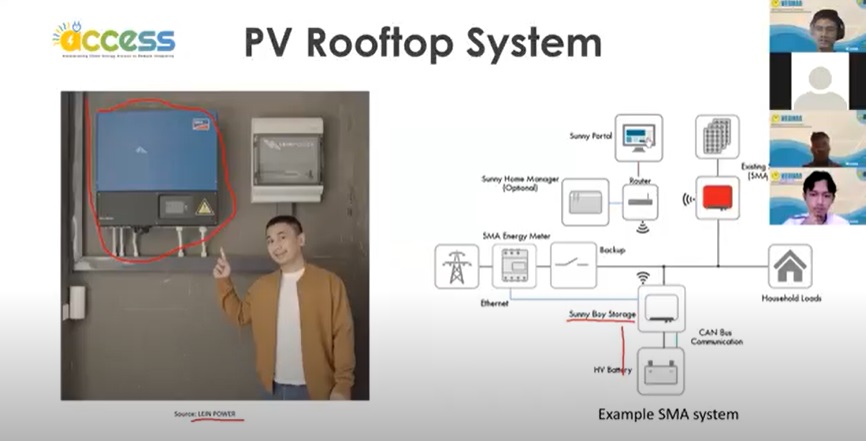 The President of SRE Unsoed, Andre Firdaus, said that NRE was very important for controlling the climate crisis, considering that recently Indonesia was affected by natural disasters caused by the climate crisis. According to BNPB, this activity is hoped to make the community aware, especially millennials, in control. Then, the supervisor of SRE Unsoed, Yogi Ramadhani, ST, M.Eng. added in his remarks that Indonesia is expected to have a wider mix of renewable energy by 2025, especially solar energy with huge potential.

Vice Chancellor for Student Affairs and Alumni Unsoed, Dr. Strong Puji Prayitno, SH, M. Hum. in his speech, appreciated SRE Unsoed which could issue new innovations in accordance with energy and it was hoped that all Unsoed students would also contribute to their innovations in renewable energy that is beneficial to the nation and state.

The first session was filled by Eni Lestari, ST, MT who brought material on the Development of Solar Power Plants in Central Java. In general, Mrs. Eni explained that the target for new and renewable energy in the energy mix in Central Java in 2025 is around 21.31%. She added that the strategy for developing NRE in Central Java could be encouraged by building and using PLTS Rooftop in the industrial and household sectors. In addition, the development of PLTS is also implemented as public street lighting, irrigating rice fields, and as a power plant in homes. "In an effort to encourage PLTS in Central Java, it has declared itself as Central Java Solar Province, where Central Java is passionate about encouraging industrial sectors that can install large solar energy, one of which is PT Tirta Investama Klaten, up to the resident level," she said. The investment challenge is still considered expensive and it is hoped that some investors will try to inform PLTS to be cheaper and can be directly accommodated to households as new electricity producers.

According to her, PLTS still needs to be socialized more deeply for Central Java." So, please cooperate with all parties, not only the government but also academia and the media, both online and offline, as well as the role of the community in developing new and renewable energy potential in their regions," she hoped. In addition, private sector corporations will support new things that can be developed for NRE in the future.

The next session was filled by Muhammad Husni Mubarok. Husni introduced Solar PV Rooftop. Solar PV is popular because of its low cost, easy installation, clean energy, creating new jobs and others. Solar PV is also a renewable energy with the highest potential. Husni added that ACCESS by UNDP will build PV mini-grids, namely PLTS that are not connected by PLN. This PV Rooftop is connected to the On Grid Connection System on the electricity network. Solar PV for housing must use an inverter, which is a device that converts DC current to AC. In addition, organic materials for solar PV are being developed to prepare for the recycling process. According to Husni, this renewable energy was developed because of the Sustainable Development Goals drawn up by UNDP.

Finally, Husni added millennial steps to implement the Sustainable Development Goals; sharing knowledge, participating in ideation and competition, pursuing a career in green jobs, and starting your own idea. Once again, Husni reminded that not only engineering students can engage in renewable energy, especially solar PV, but this field requires other experts, namely in the fields of law, economics, environment, and others.