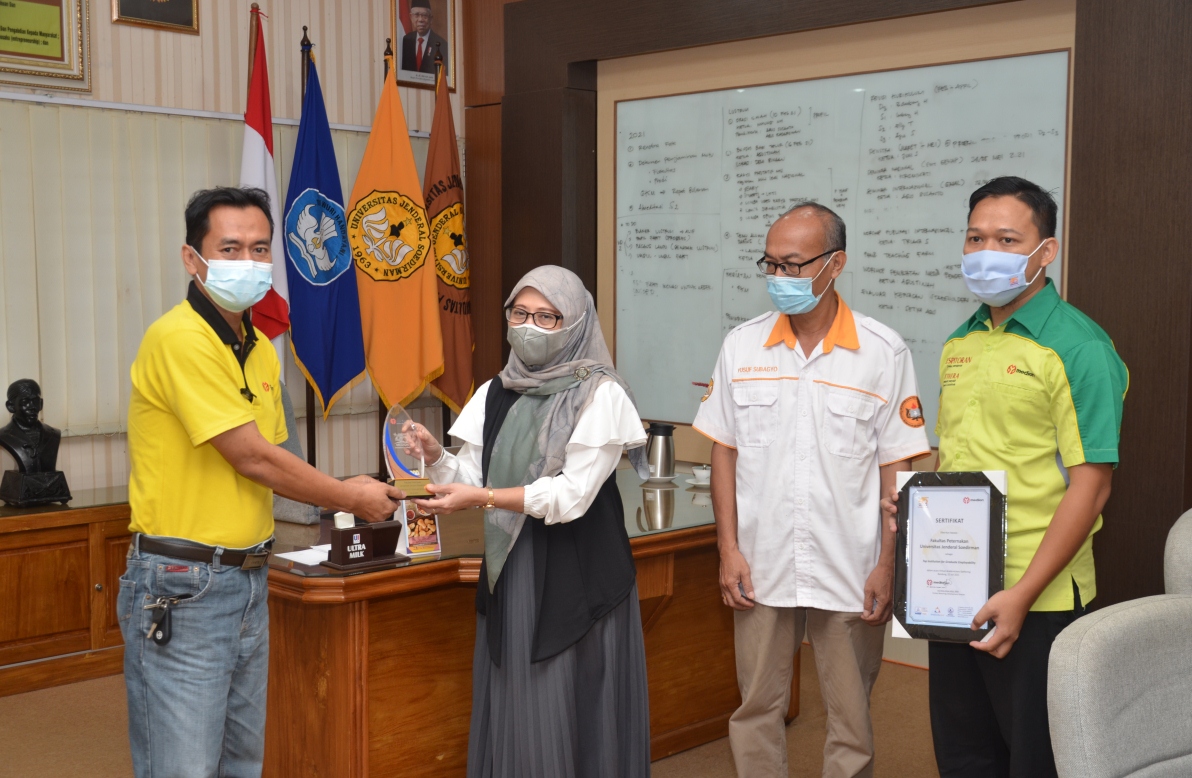 [unsoed.ac.id, Fri, 01/10/21] PT. Medion is a livestock industry that has absorbed many Fapet Unsoed graduates in the recruitment collaboration program. As a form of appreciation PT. Medion gives awards to universities that have contributed in preparing human resources (HR) who are ready to work to meet the needs of human resources at PT. Medion. Fapet Unsoed is nominated for 1 of 5 universities with the highest number of alumni who have joined PT. Medion Tbk.

PT. Medion through Billy Prihatna expressed his gratitude to Fapet Unsoed for its cooperation so far that has played a role in the recruitment process which made Fapet Unsoed included as one of universities that have contributed the most graduates who have entered and joined PT. Medion. “This award is given on the occasion of the 45th anniversary of PT. Medion, which falls on July 22, 2021 and as an appreciation of PT. Medion to universities that are nominated as the most contributor of graduates," he explained.

In her speech, Dean of Faculty of Animal Husbandry Dr. Triana Setyawardani, S.Pt, MP expressed her gratitude to PT. Medion for the award given to Fapet Unsoed. The Dean hopes for cooperation between PT. Medion and Fapet Unsoed continue to be well established and are well maintained. “Fapet Unsoed getting an award is a form of appreciation from PT. Medion on the assessment based on the highest number of graduates who have joined PT. Medion. Hopefully PT. Medion keeps advancing and still exists in the development of the world of animal husbandry, both at national and international levels,” she said.