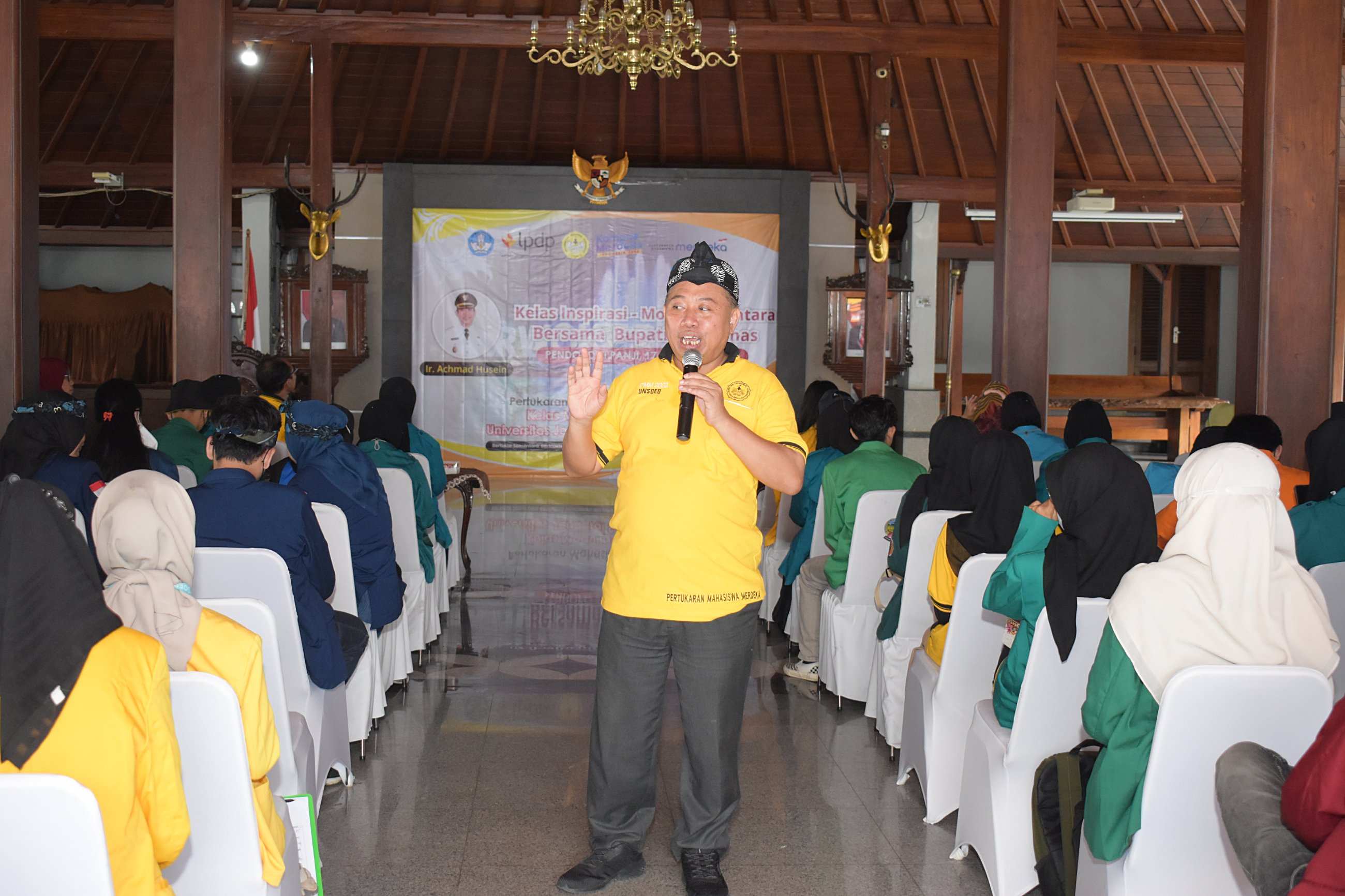 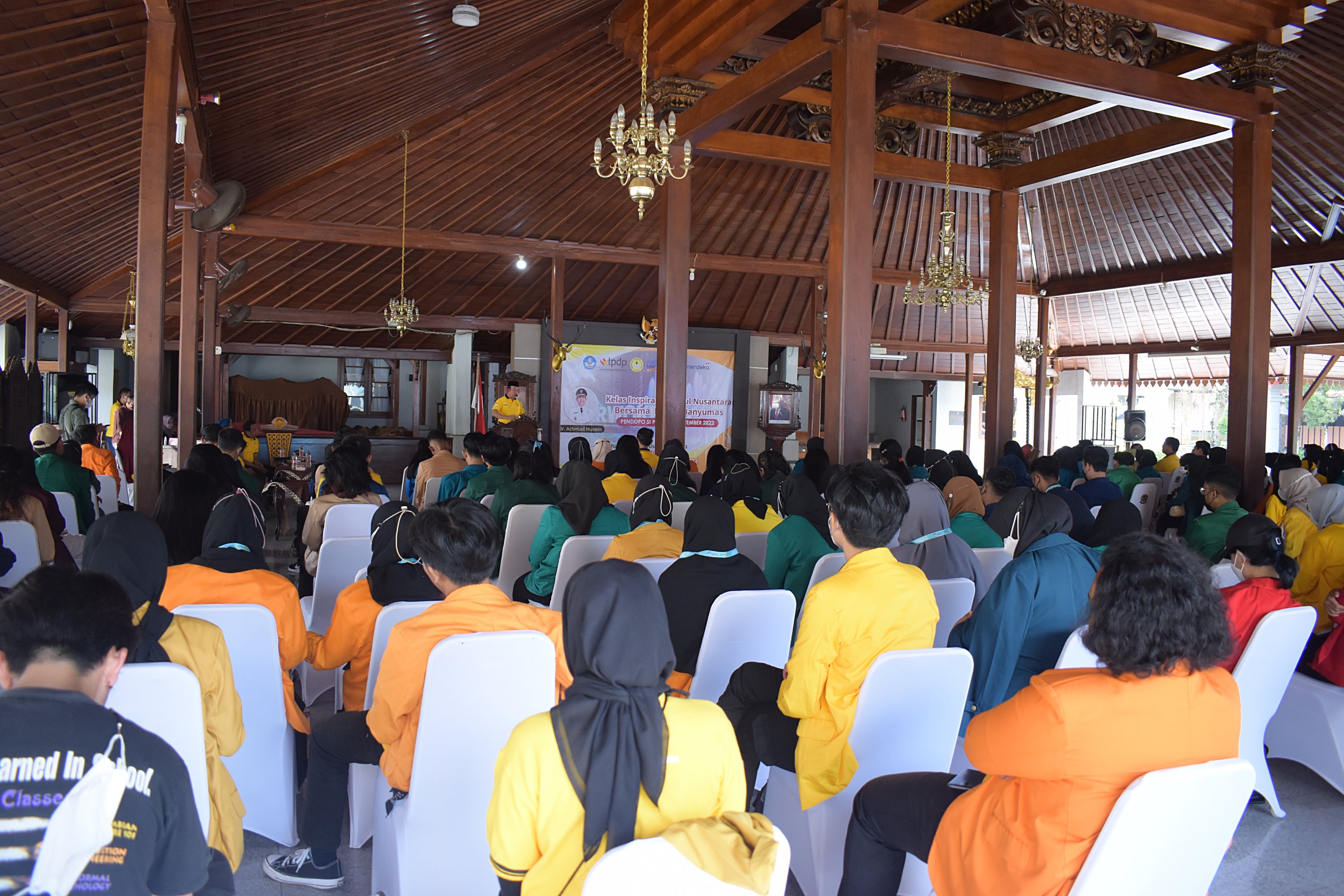 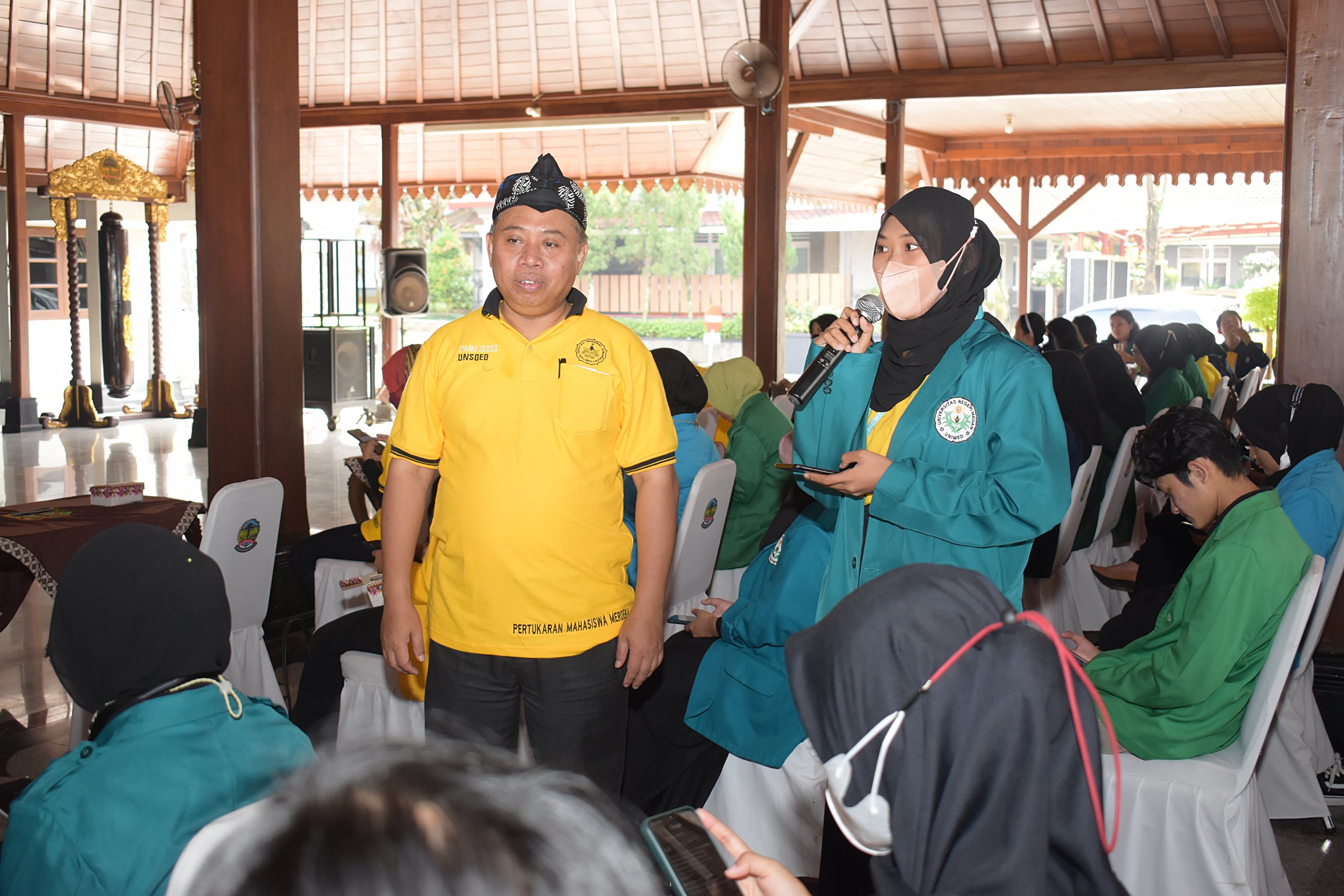 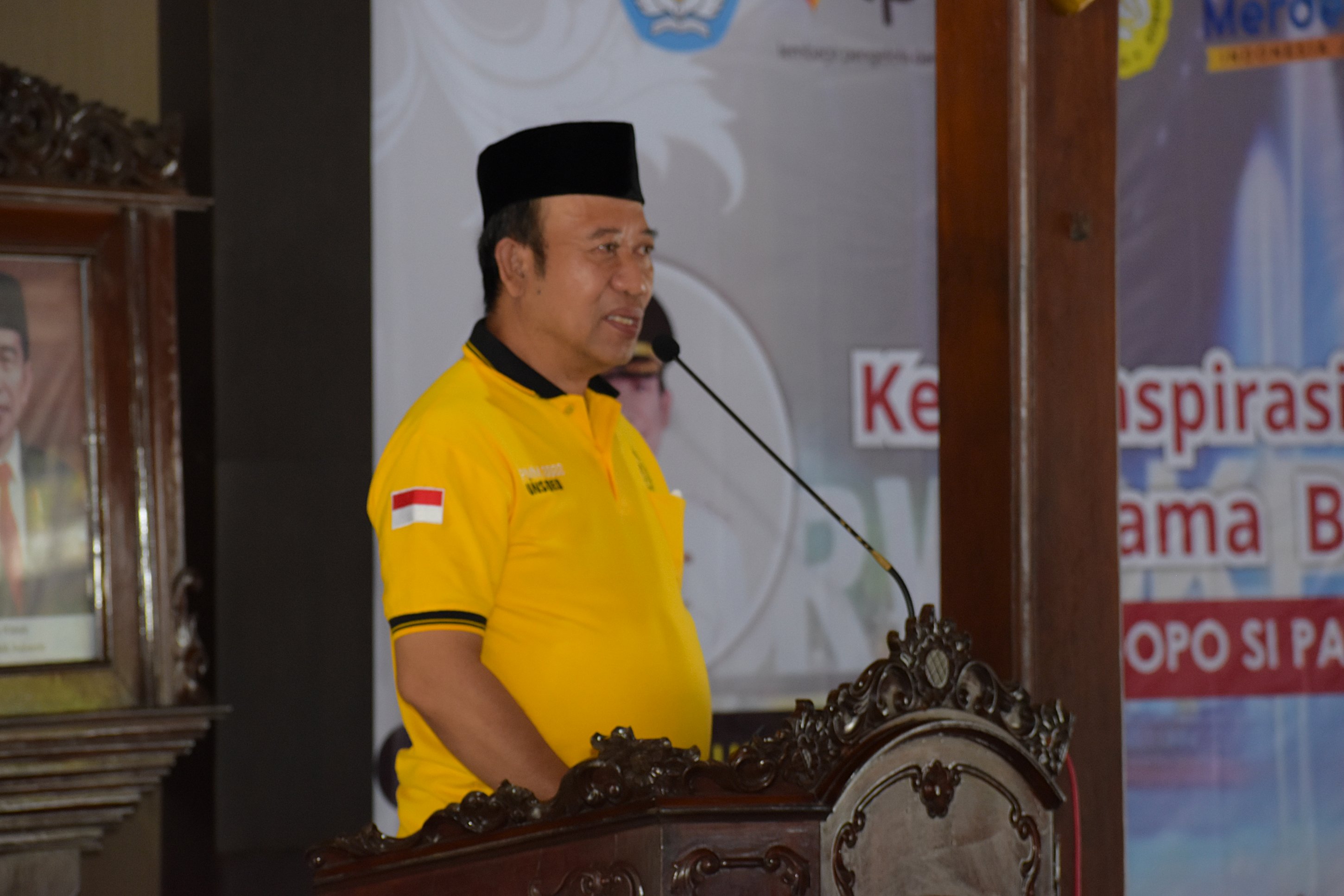 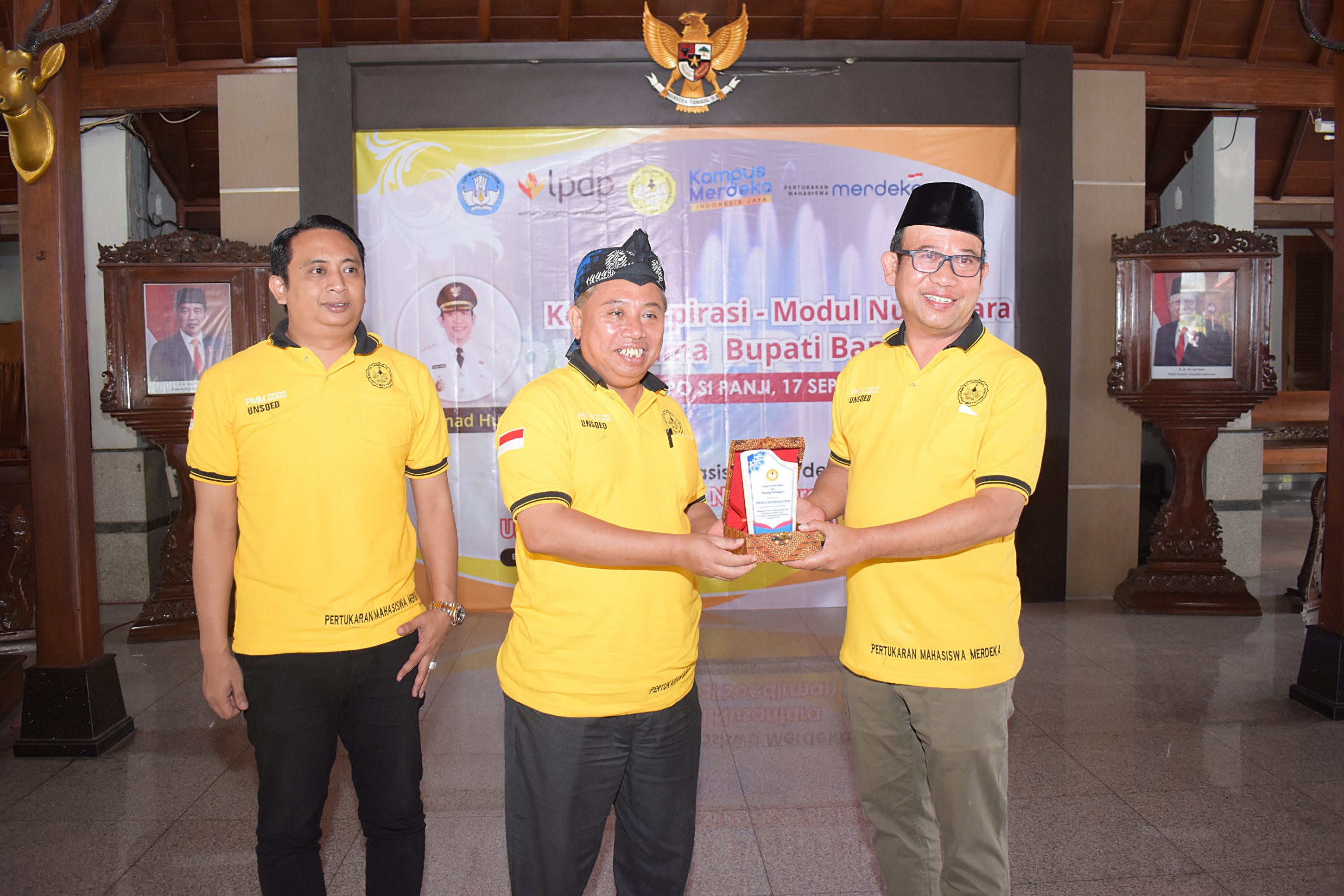 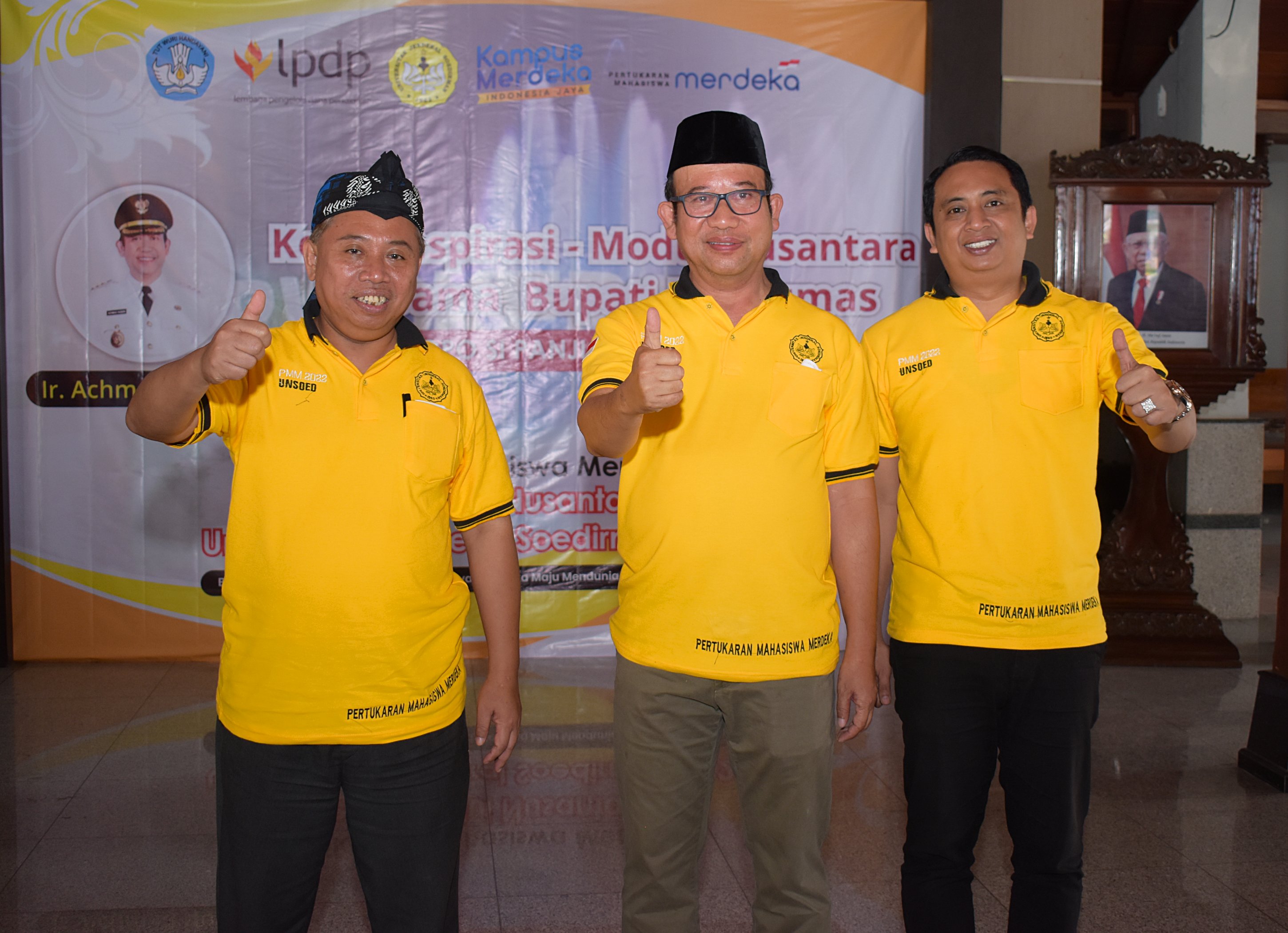 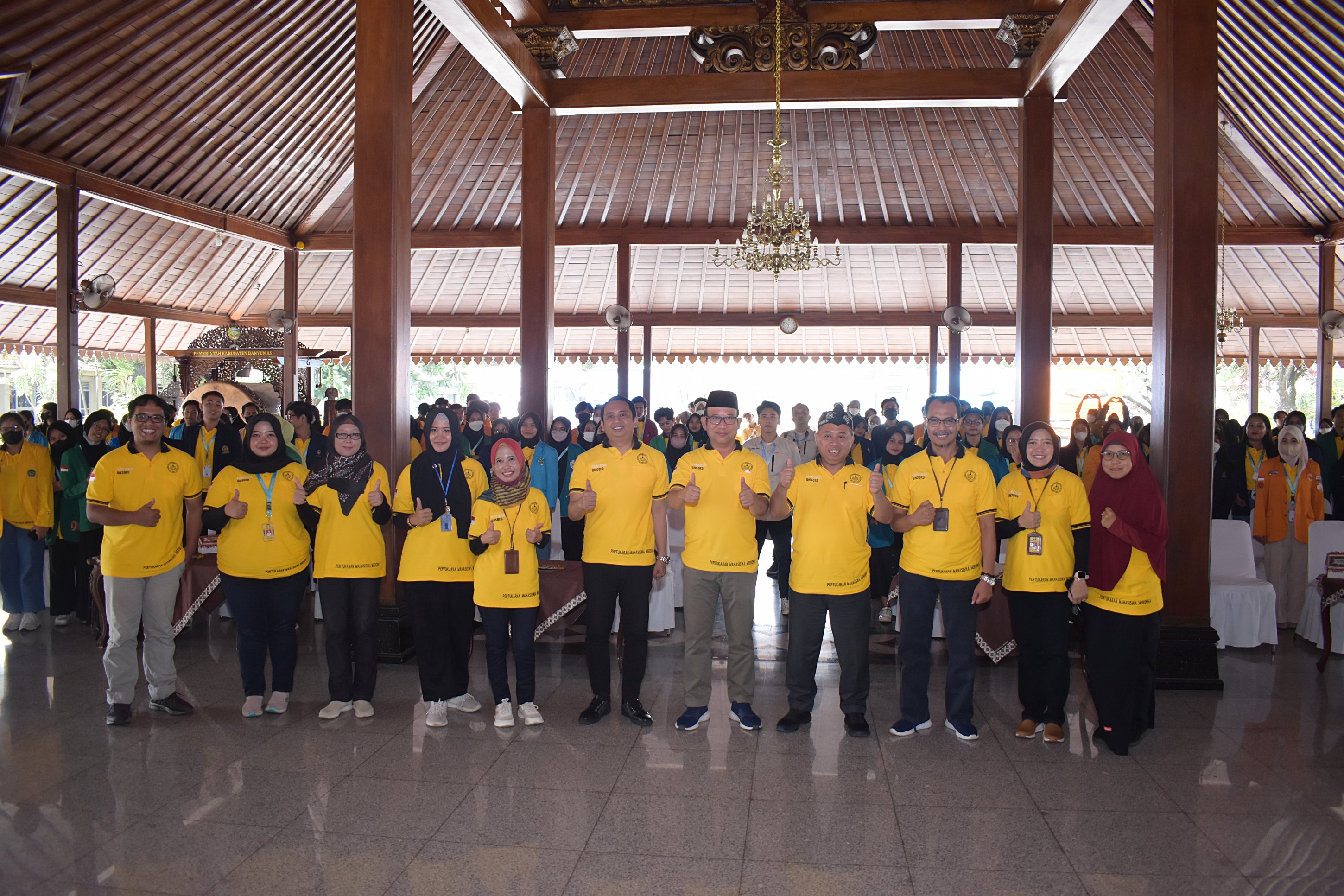 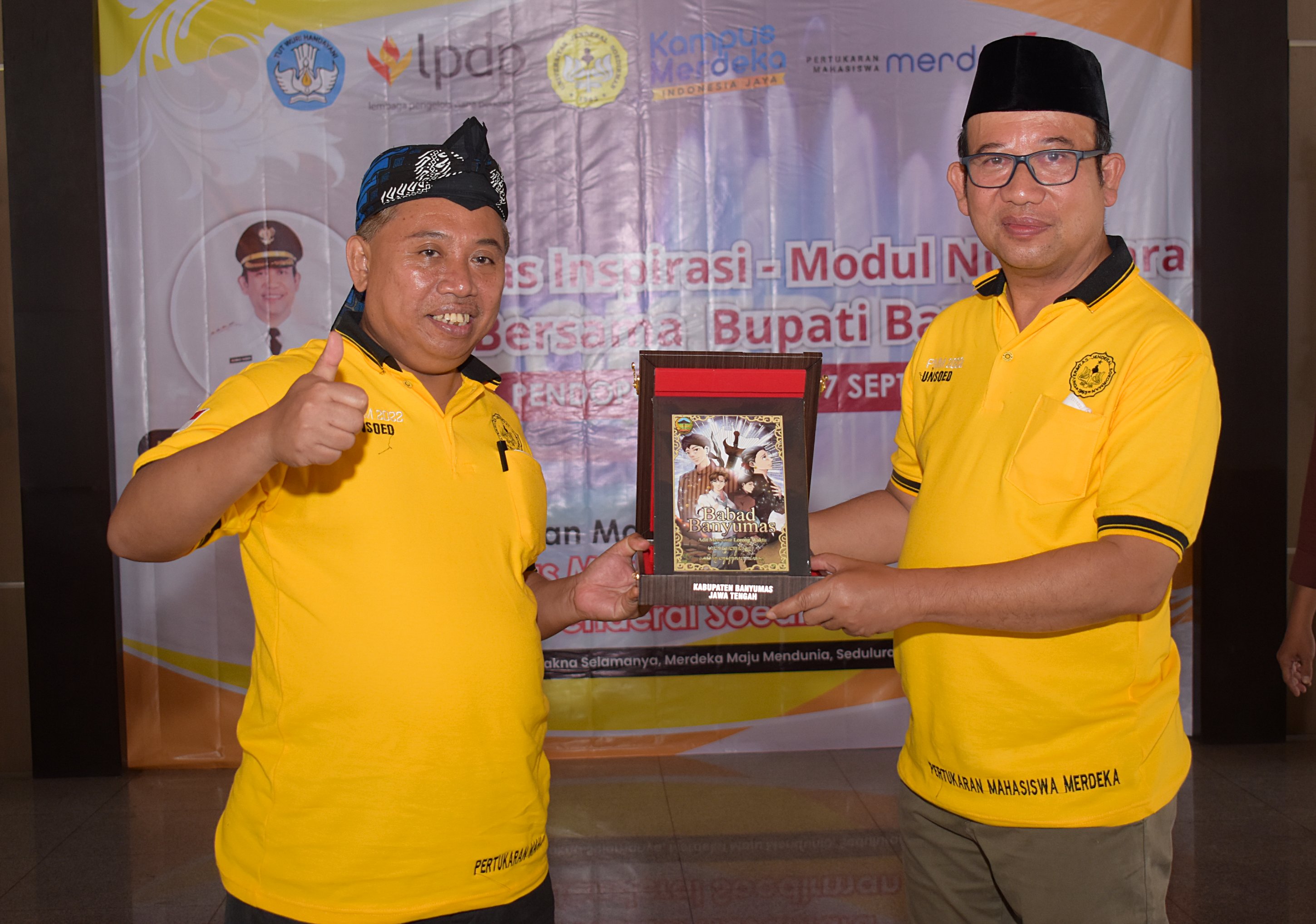 [unsoed.ac.id, Sat, 16/09/22] "Students who are present here, are actually the captains of this nation and country in the future. Like a ship that sails the ocean, the ship is the knowledge of life, and the ocean is a challenge in living life itself. Intellectually intelligent must be combined with sensitivity in understanding the reality of life. Especially with the conditions of disruption and globalization and the distinctive future character of VUCA (volatility, uncertainty, complexity, and ambiguity), all of which require readiness from the start early." This was conveyed by the Rector of Unsoed, Prof.Dr.Ir Akhmad Sodiq M.Sc. Agr, in the Inspiration Class with the Regent of the Nusantara Module Lecture – PMM 2 Unsoed, Saturday (16/9). The Banyumas Regent, Coordinator of the Unsoed Independent Student Exchange Program, the Unsoed Archipelago Module Lecturer Teaching Team, and Unsoed PMM-2 Inbound students were present.

Furthermore, the Rector said that the Ministry of Education, Culture, Research & Technology through the MBKM Program held the Independent Student Exchange Program Volume 2, which this time can be held offline. “There are 179 students from Aceh to Papua who study at Unsoed, from various regions of the archipelago outside Java, with their unique culture. The spirit of this program is to learn to love Indonesia more by getting to know each other more intensely," said the Rector.

There are four main types of activities in the Nusantara Module, one of which is an inspiration class. In this inspiration class, students participate in discussions with local inspirational figures through inspiring meetings with community leaders, high achievers, government officials, religious leaders, athletes and/or legendary artists, successful entrepreneurs, and other inspirational figures in the area to absorb inspiration and explore their tips for success. This is done with the hope that it can be used as an example for PMM 2 Participating Students in the future as future leaders of the nation.

This inspirational class, which took place at the Si Panji Pendopo, Banyumas Regency, presented the Regent of Banyumas, Ir. Achmad Husein. On this occasion, the Regent shared his experiences during his education. The Regent advised that achieving success is always trying to be extraordinary. "If you have a goal, define it, stick it strong, and never stop until it's a success. Do good to others, be sincere, be devoted to your parents, obey religious orders, set your goals straight," said the Regent.

The Regent also explained about the Profile of Banyumas Regency, which consists of 331 Villages, 27 Subdistricts, 132 thousand hectares, with a population of 1.8 million people, APBD 3.8 T. "With its Ngapak language, that is, what is written is what is read," explained the Regent.

The Regent also told about the achievements of Banyumas Regency. The best public service entry in Indonesia (Public Service Mall) which is a reference for other districts, as well as financial transparency and government administration which is the 6th best in Indonesia. He also advised people to take advantage of social media in the digital era. "My IG has a blue tick with 141 thousand followers, Facebook is also active," said the Regent.

After leaving the Si Panji Regency Hall, the PMM-2 students together with the coordinator & the teaching team went to make observations to Baturraden.