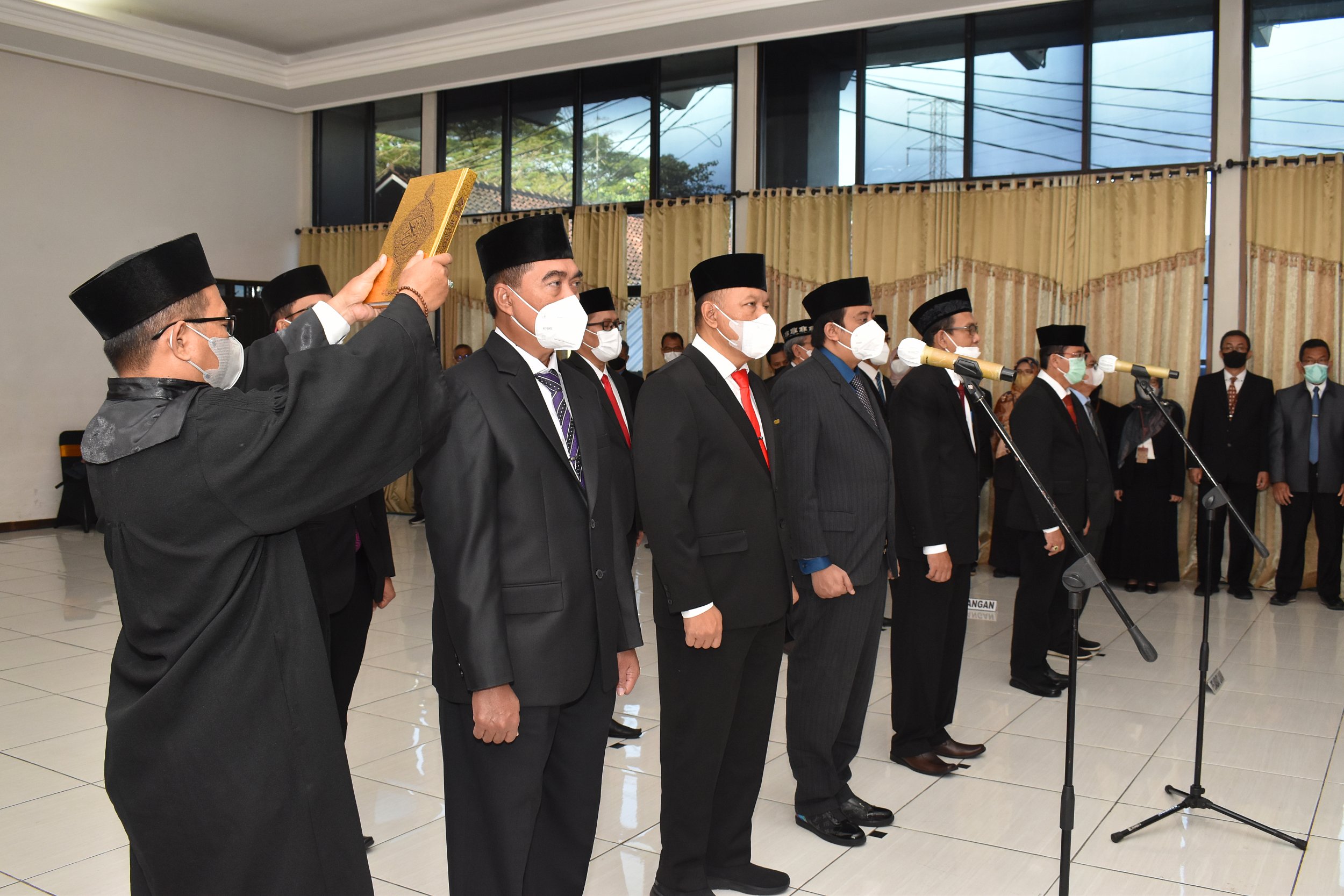 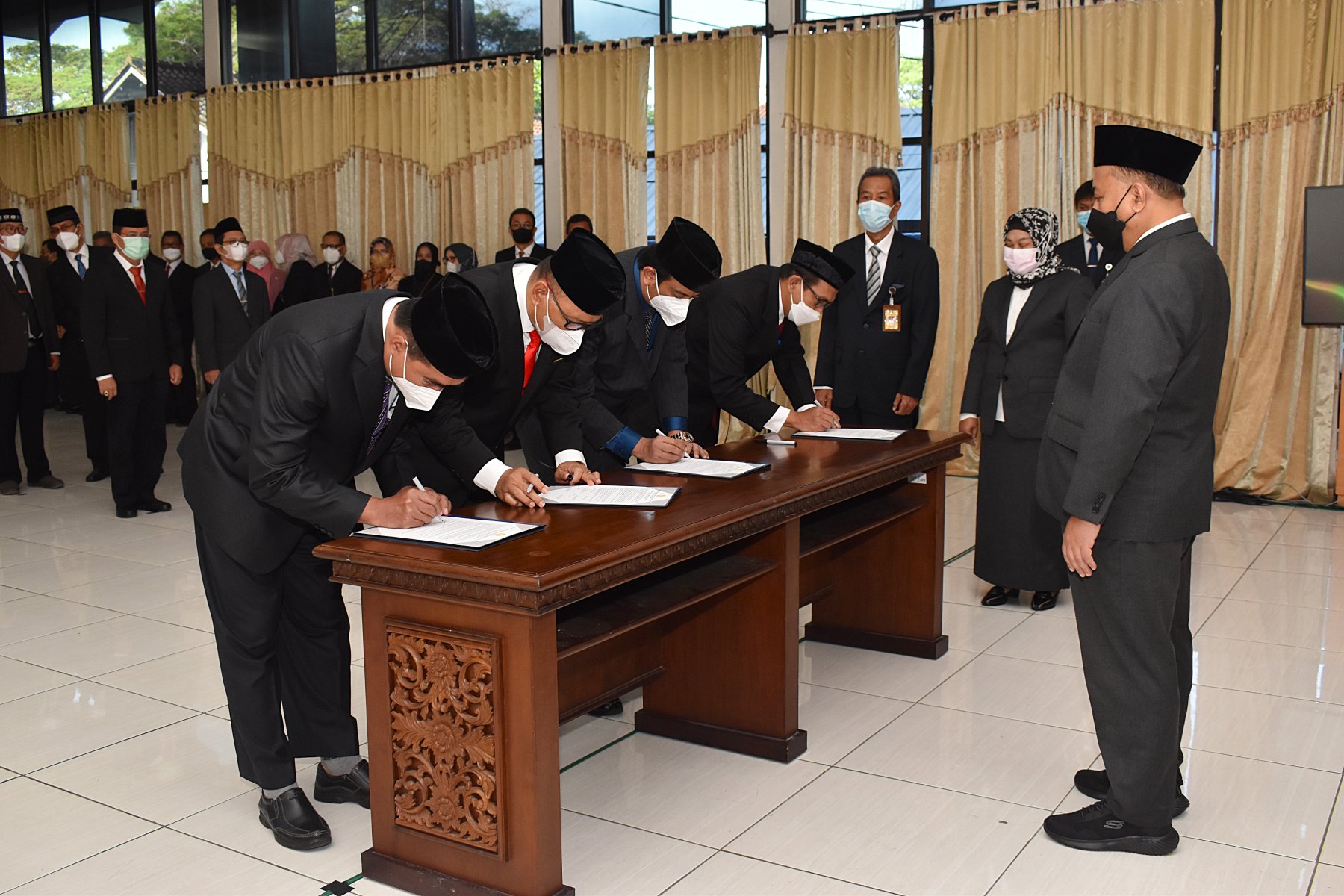 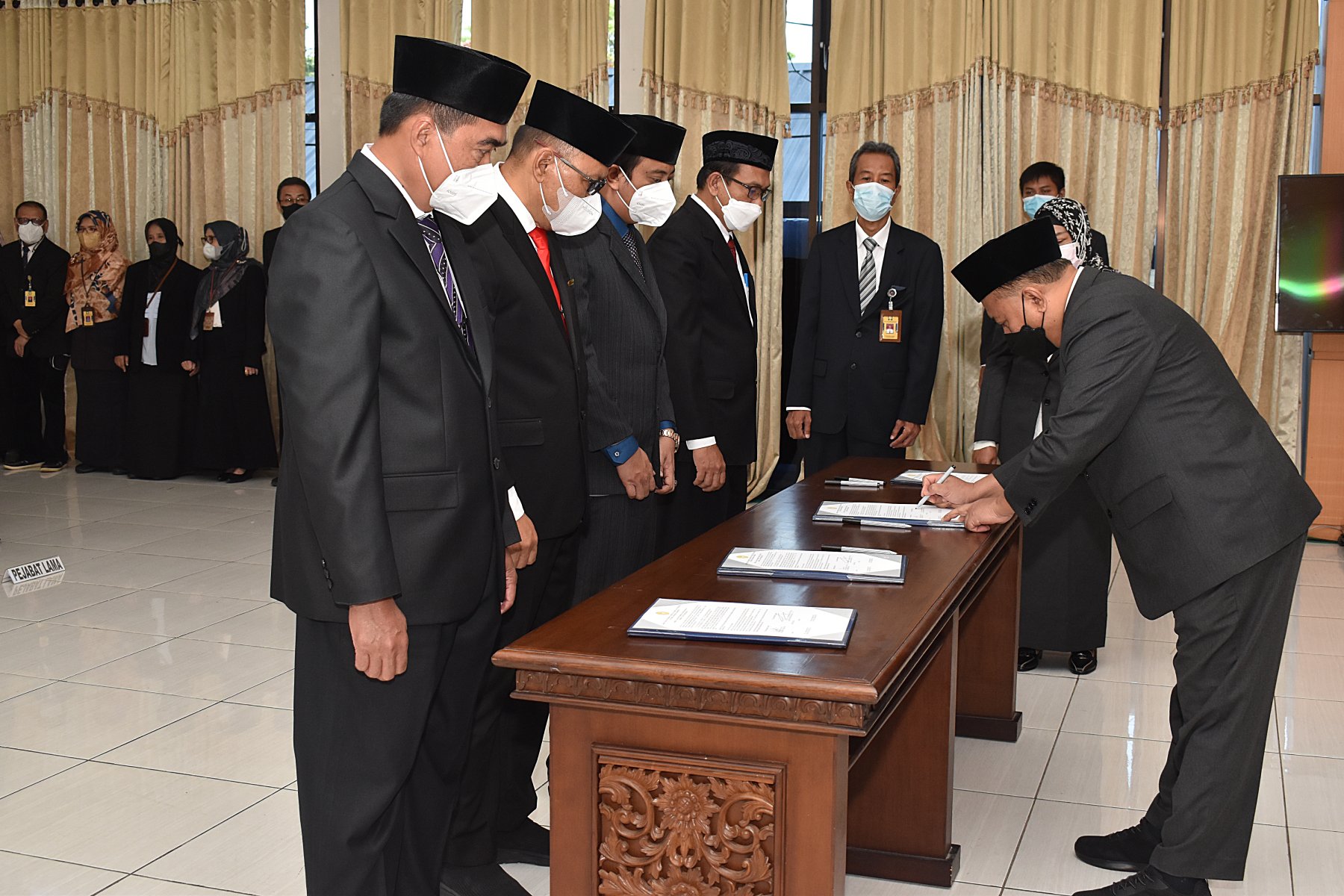 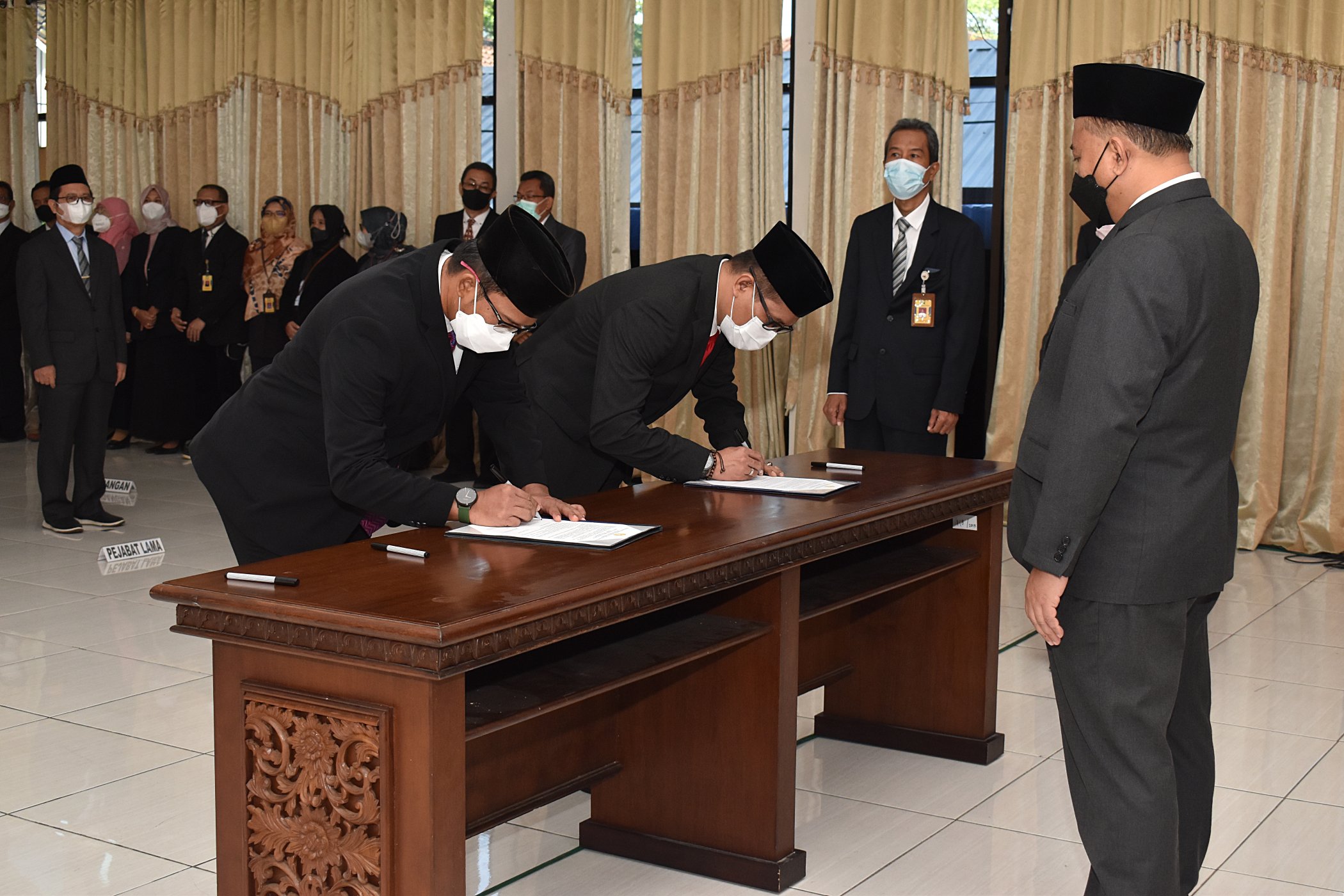 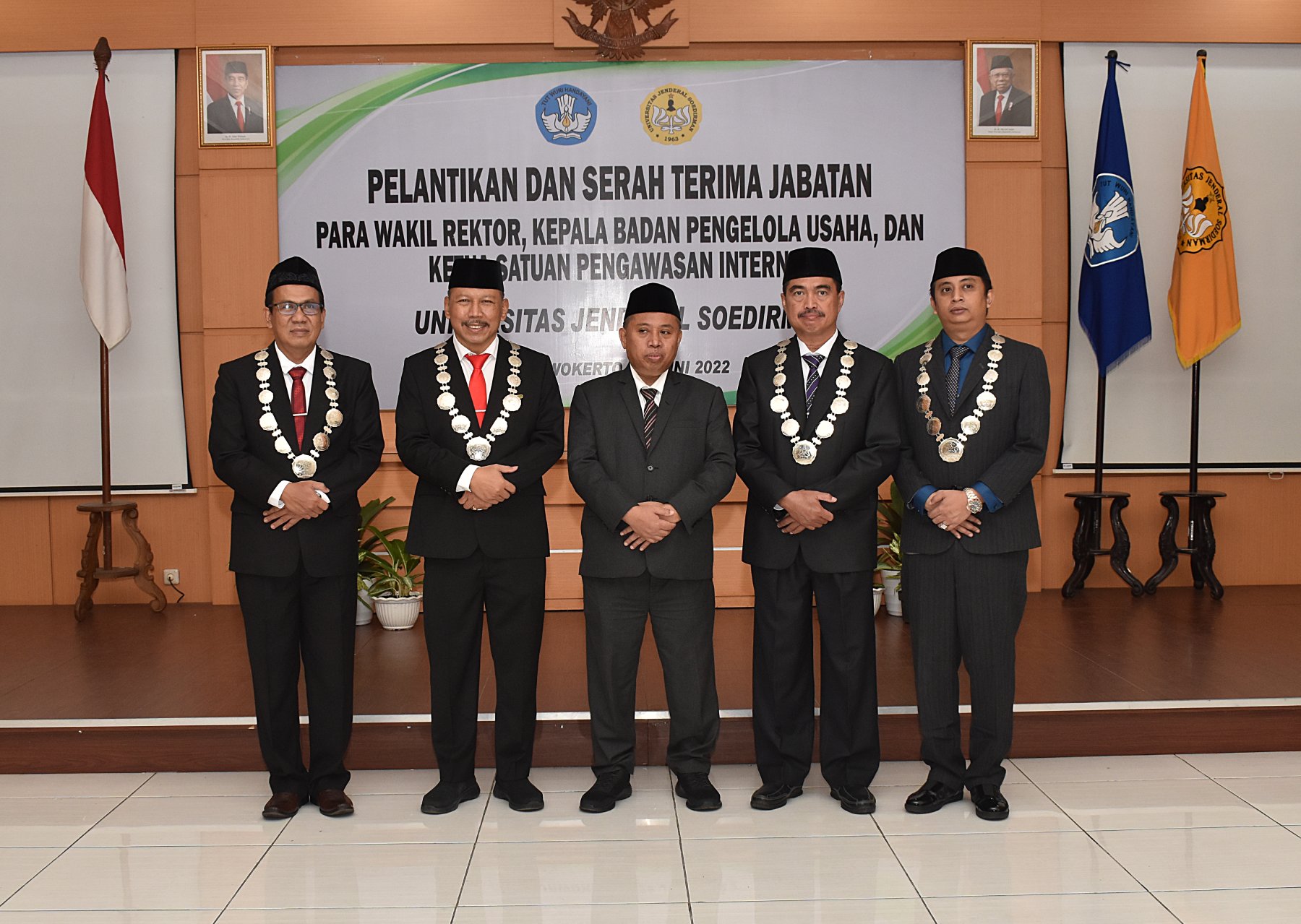 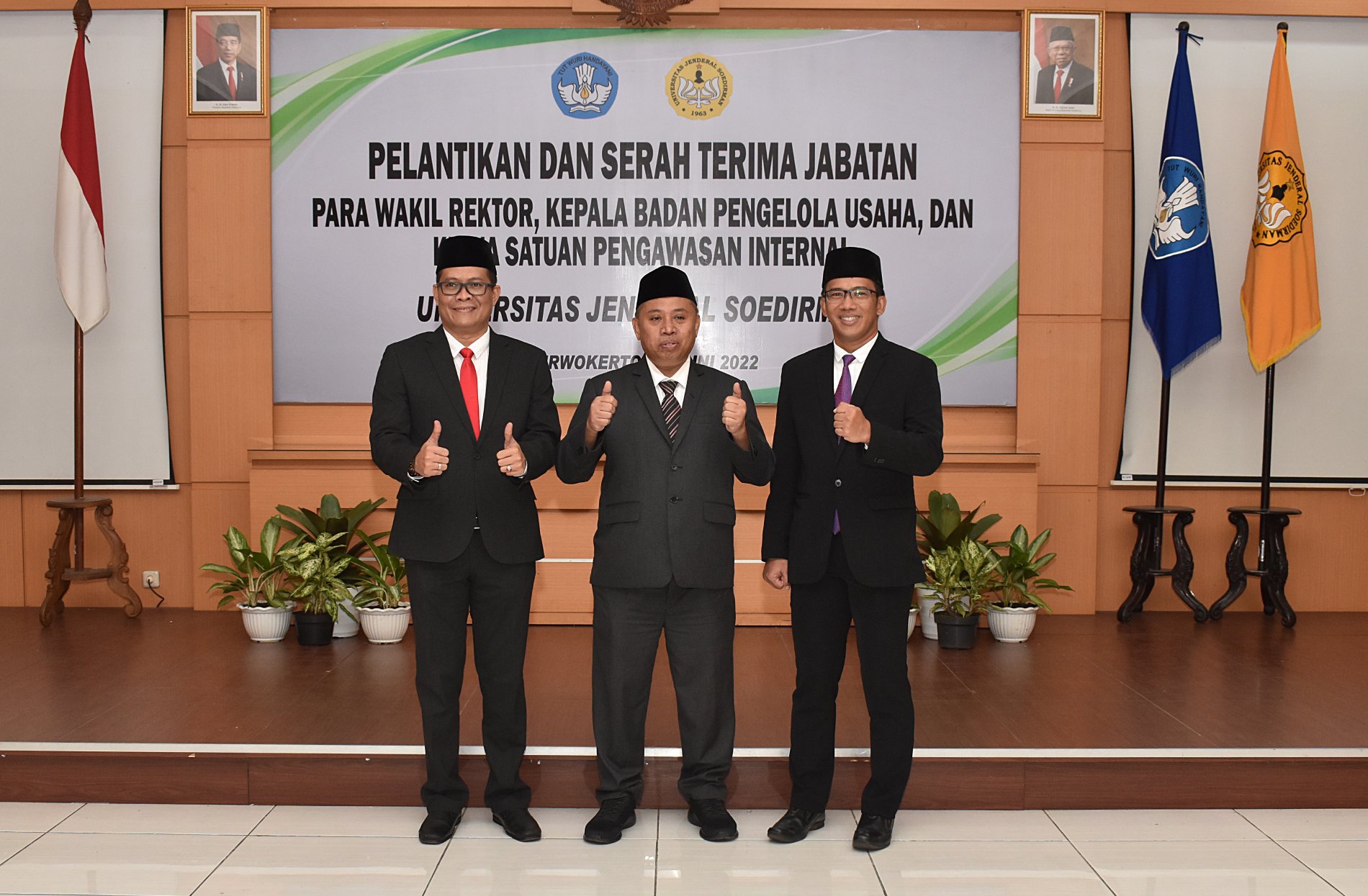 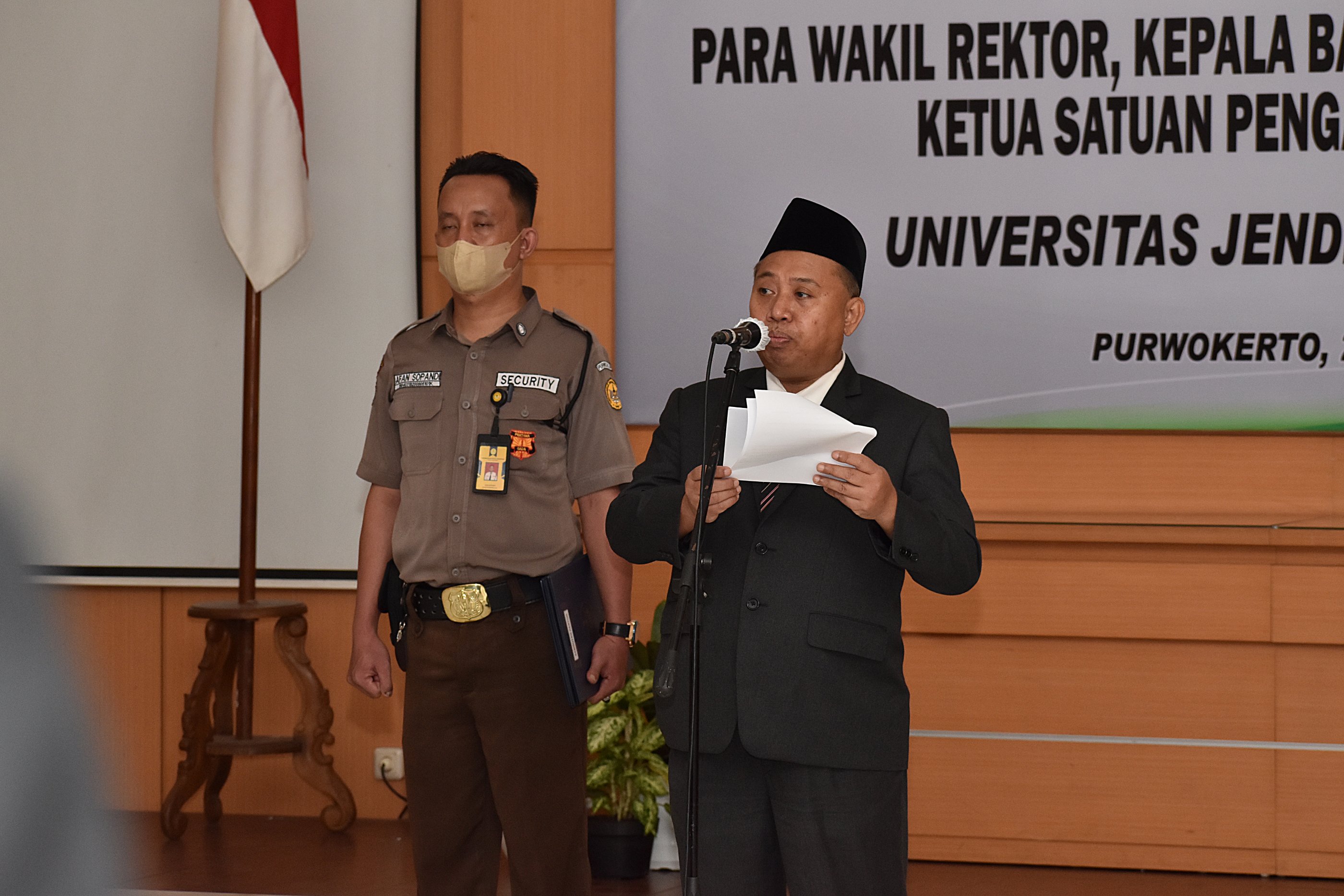 The four Vice Chancellors will accompany the Chancellor Prof. Dr. Ir. Akhmad Sodiq MSc.Agr for the next four years. In his remarks, the Chancellor said that currently UNSOED will be preparing to enter the third phase of the 2015-2034 Development Master Plan, namely towards UNSOED which is recognized as the Center for Rural Resource Development and Local Wisdom. This is an integral part of the previous stages, namely UNSOED with Character and UNSOED Contributing. "To make it happen, UNSOED in the next four years will be oriented to the principles of Independence, Progress and Globalization," said the Chancellor.

On that occasion the Chancellor to the Vice Chancellors who had just been appointed, the Chancellor entrusted several things, namely First; to continue to develop and improve and ensure academic quality, Second; to develop the capacity of resources and institutional management, Third; to develop the potential and achievements of students and strengthen networks with alumni, and Fourth; to develop strategic public planning, partnership and communication systems.

In addition to inaugurating the four vice chancellors, on this occasion also appointed a number of leaders of other work units, namely Dr. Adi Indrayanto SE., M.Sc as Head of the Business Management Agency and Dr. Yanuar Eko Restianto SE., M. Acc, Ak as Head of the Internal Supervisory Unit.

To the Head of the Business Management Agency, the Chancellor assigned the task of developing existing business units and optimizing the acquisition of university funding sources. As for the Head of the Internal Supervisory Unit, the Chancellor is assigned to carry out supervision and apply risk management principles to work units within the university so that they perform effectively, efficiently and comply with existing regulations.

Ending his remarks, the Chancellor on behalf of himself and also as the university leader expressed his deepest gratitude, respect and appreciation to the Vice Chancellors who have contributed to this alma mater for the past four years. "Insya Allah, the extraordinary things that have been pioneered so far, will be continued by us and become a part of improving and perfecting UNSOED's performance in the next four years. The same goes for the Head of Business Management Agency and Head of the Internal Supervisory Unit, who of course have also colored the process of UNSOED's growth and development so far," concluded the Chancellor.