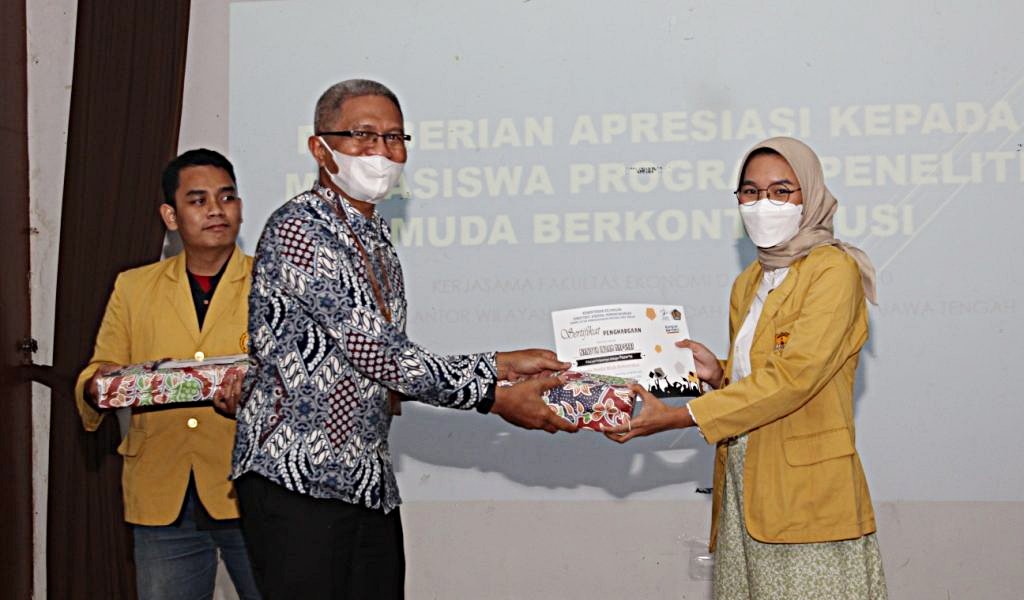 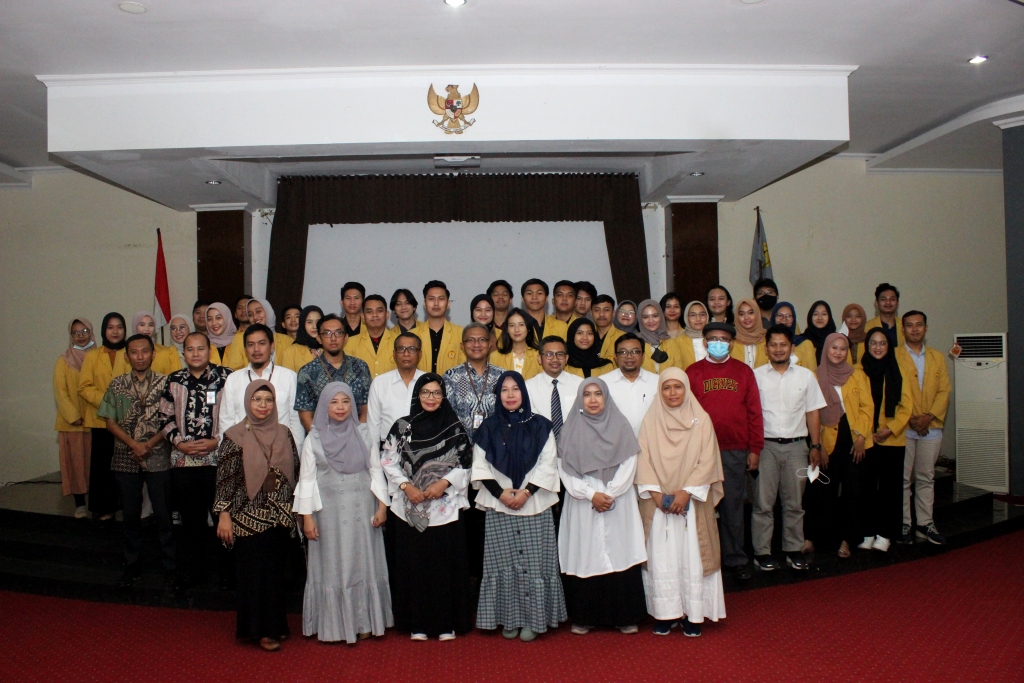 The Vice Dean of Academic Affairs, Yudha Aryo Sudibyo, SE, M.Sc, Ak, Ph.D, CA in his remarks conveyed to the students that the PMB program is designed to be equivalent to a Final Project and can be completed in less than one semester. This will be an investment in the future. He hopes that students who have done this program can provide an objective testimony to their juniors related to the conditions in the field and the way to communicate with village officials which, in this case, require uneasy art and approach.

The chairperson of PPA II Division, Regional Office of the Directorate General of Treasury in Central Java, Ahmad Heryawan, S.E., M.Si said that as a form of this partnership, we are required to present topics regarding State Finance, for example Village Fund and MBKM students’ thesis defense. "It is hoped that students can understand the work field, so this knowledge can be used immediately after graduating from a bachelor's degree," he said.

The event was closed by expressing impressions and messages from students. Rahma Dika Dafarelda Ardhoni (Accounting) thanked the related lecturers. "In this activity, we can go directly to the village, we can see the dynamics in the village government in managing village fund so that we can get very broad insights, discuss, and chat with the village community related to the programs. These activities allow us to find out the potential in each village,” he said.