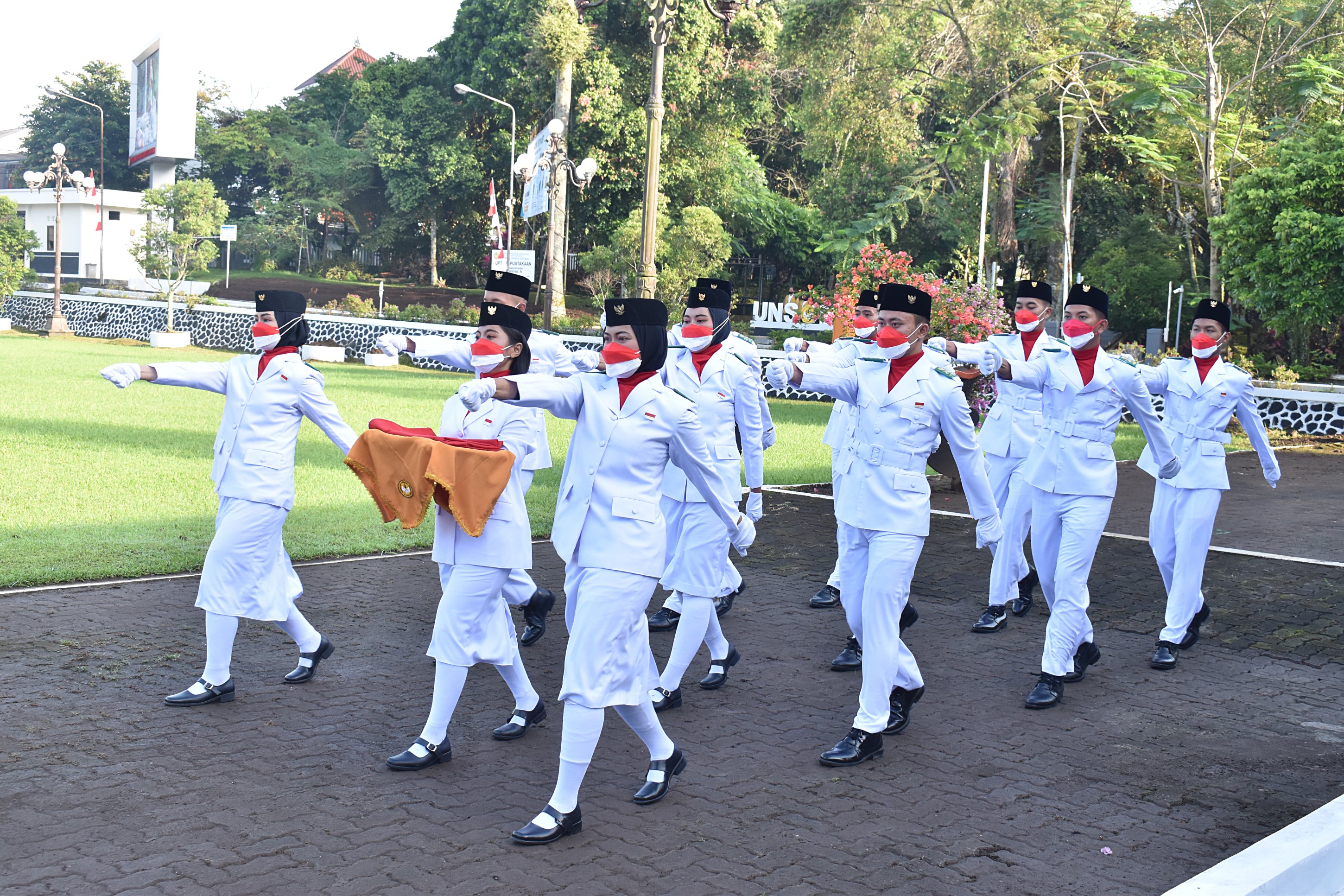 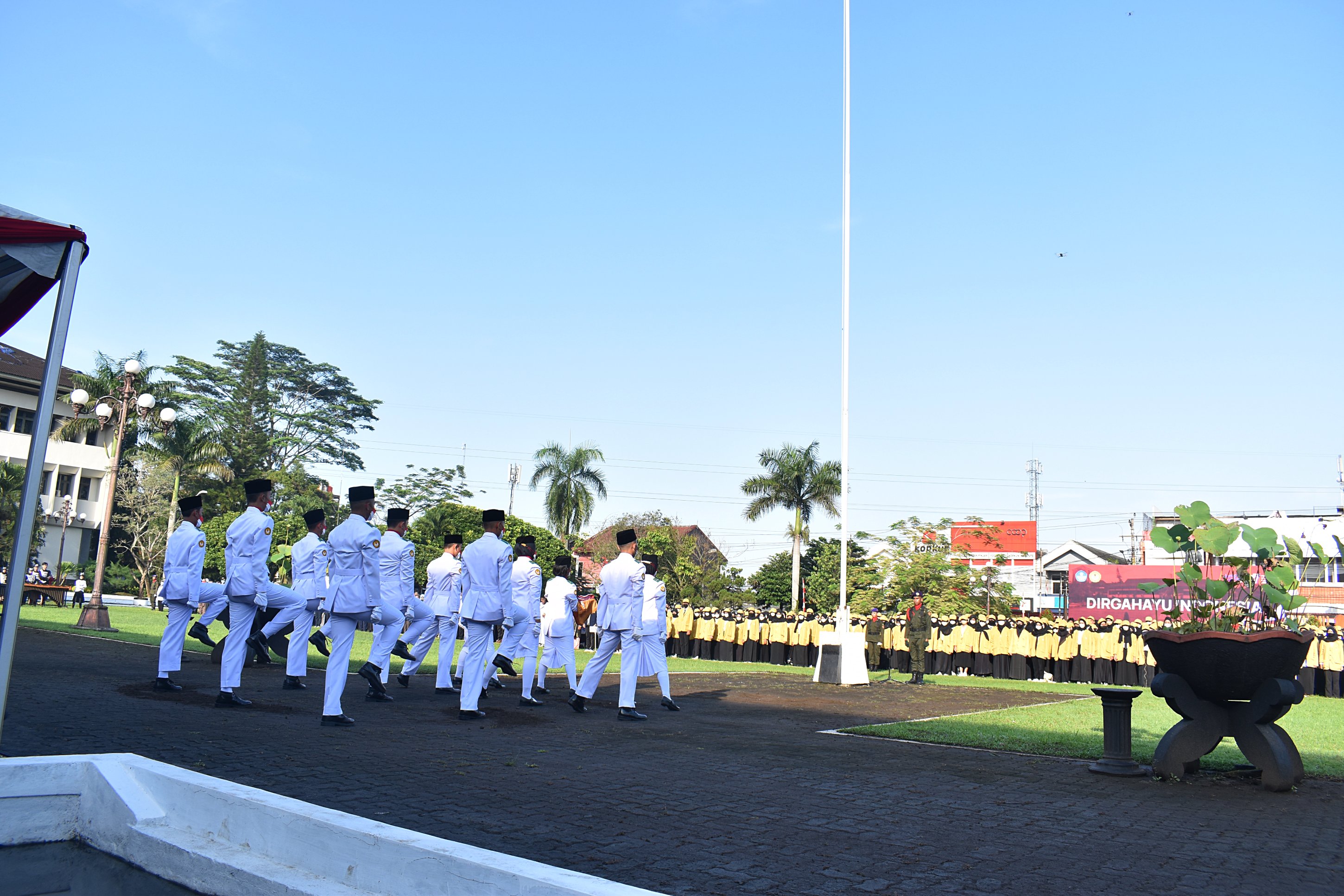 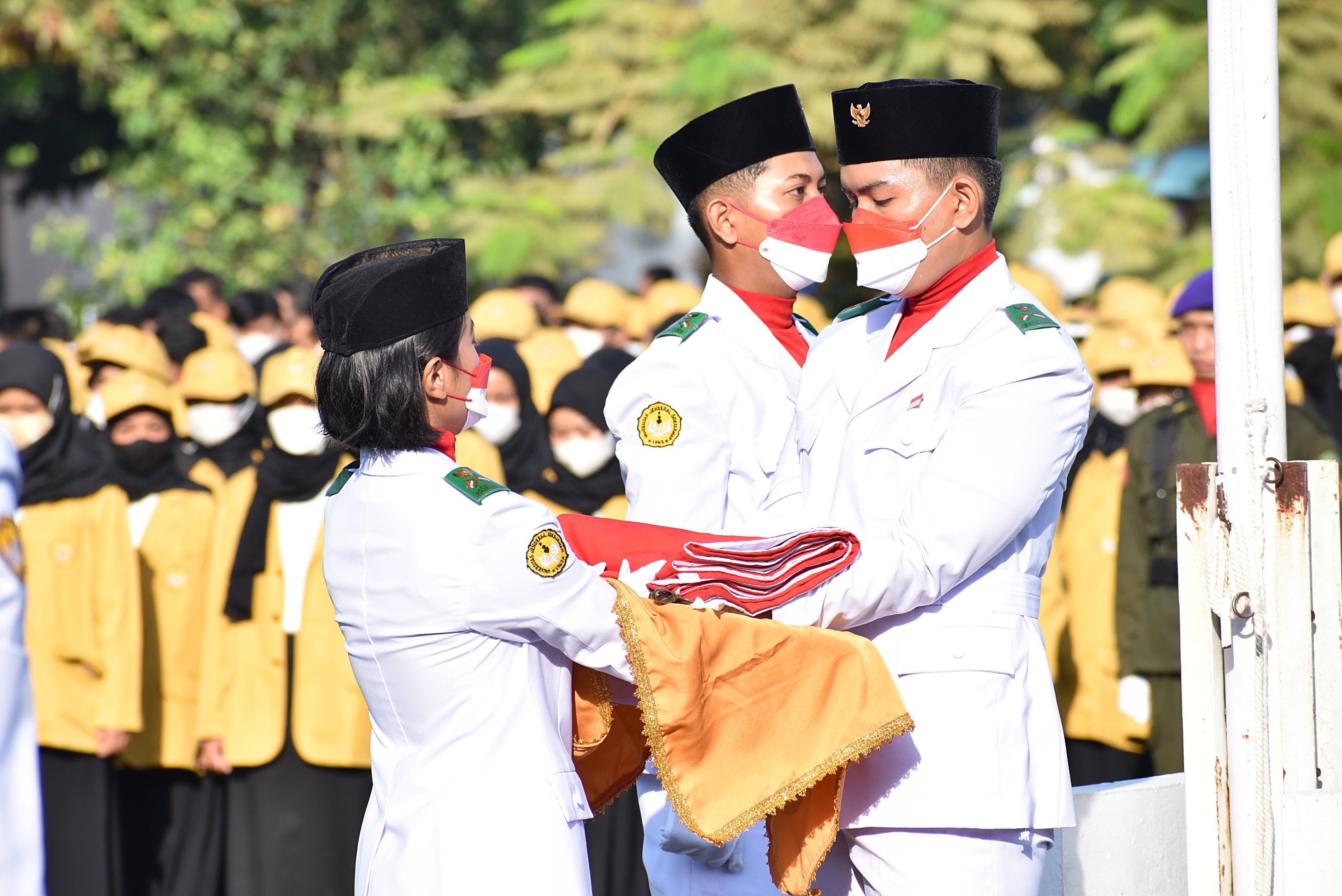 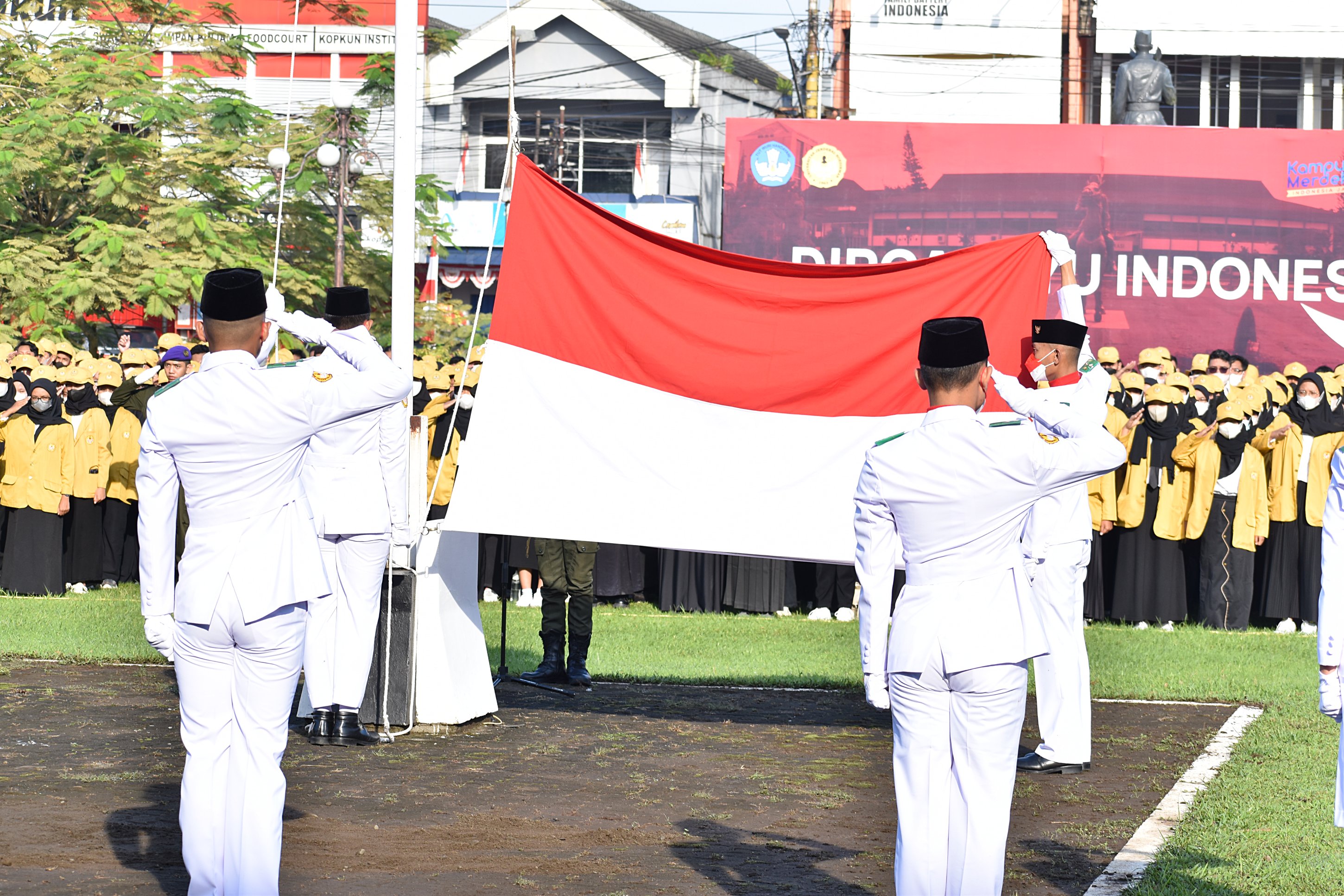 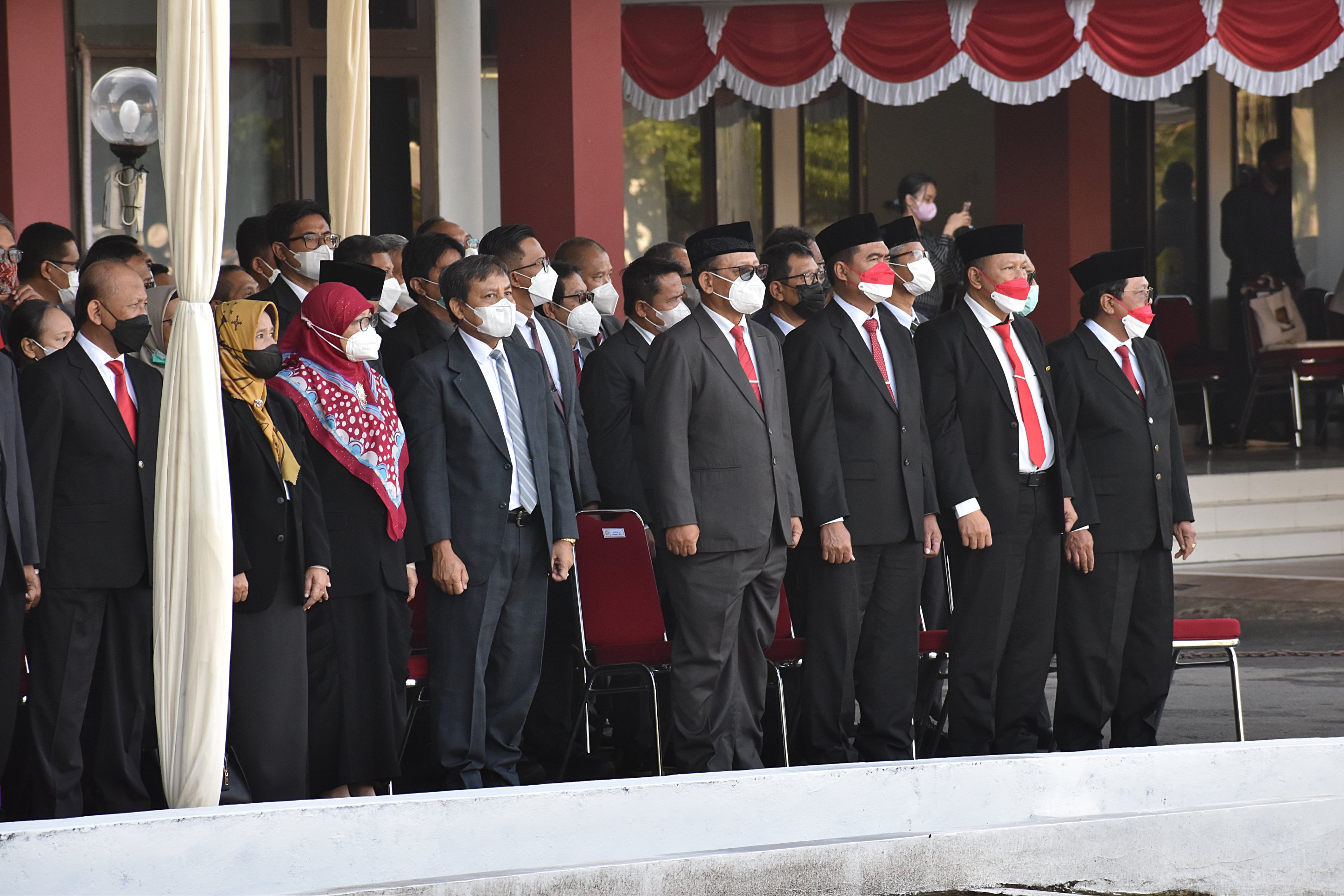 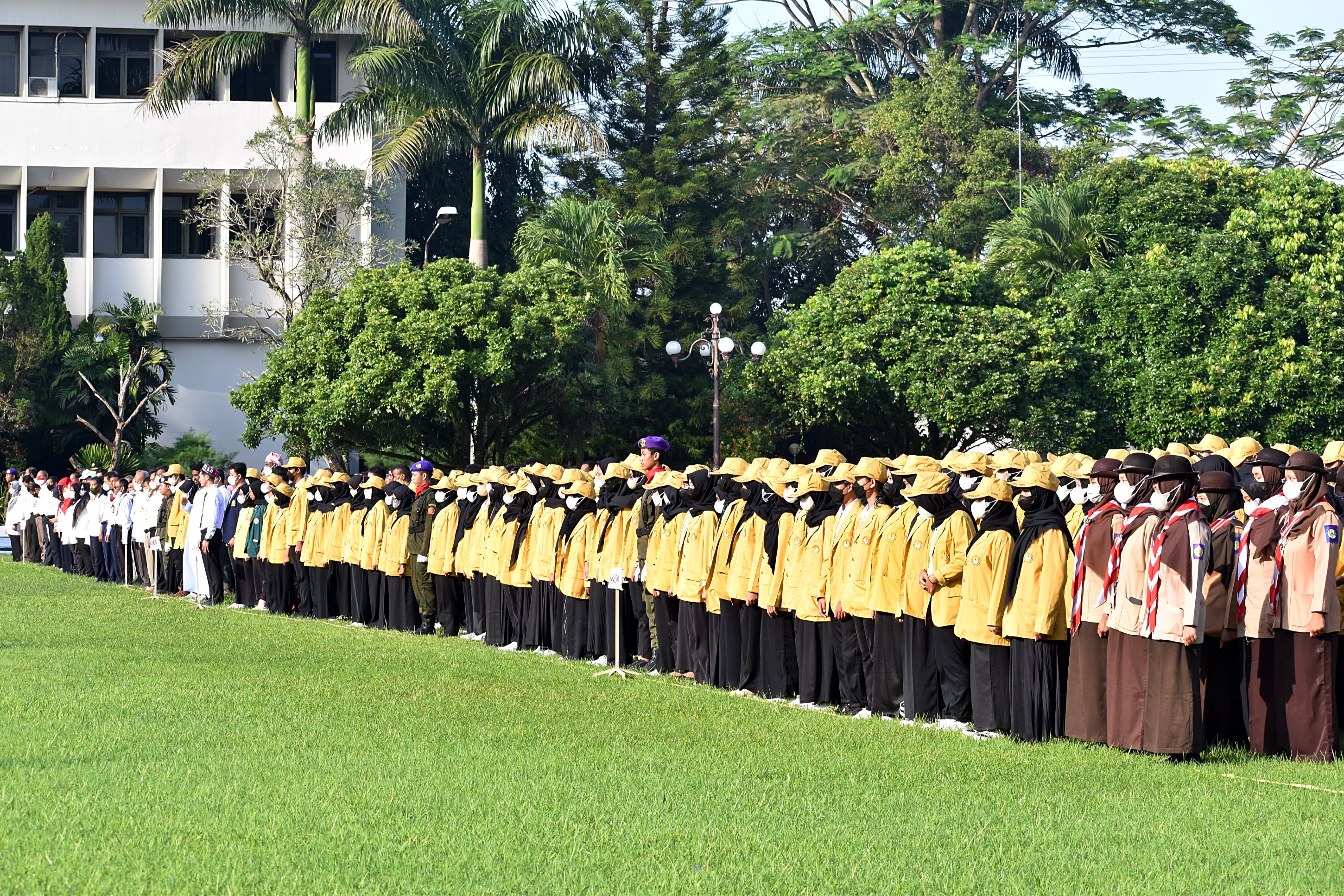 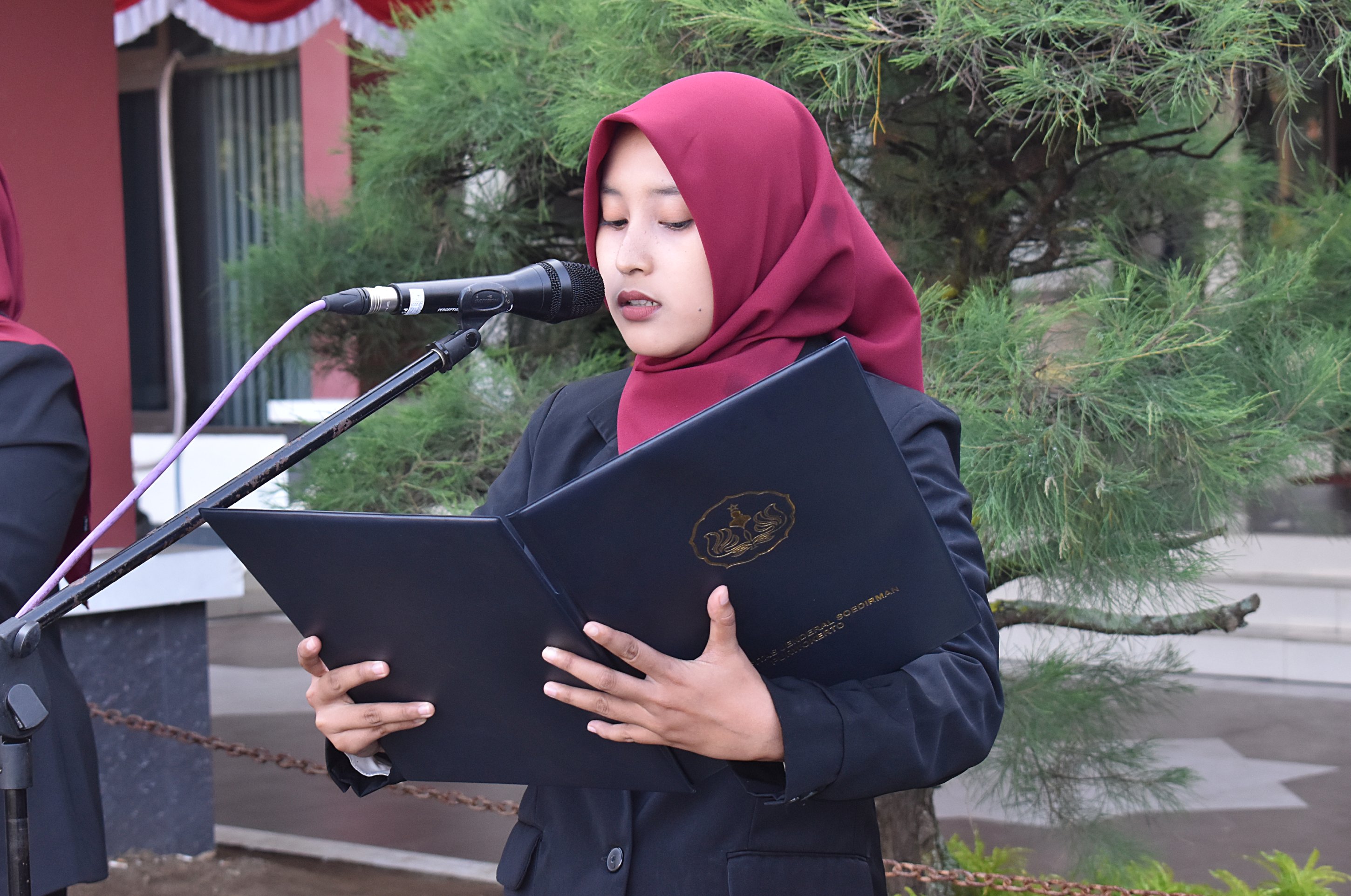 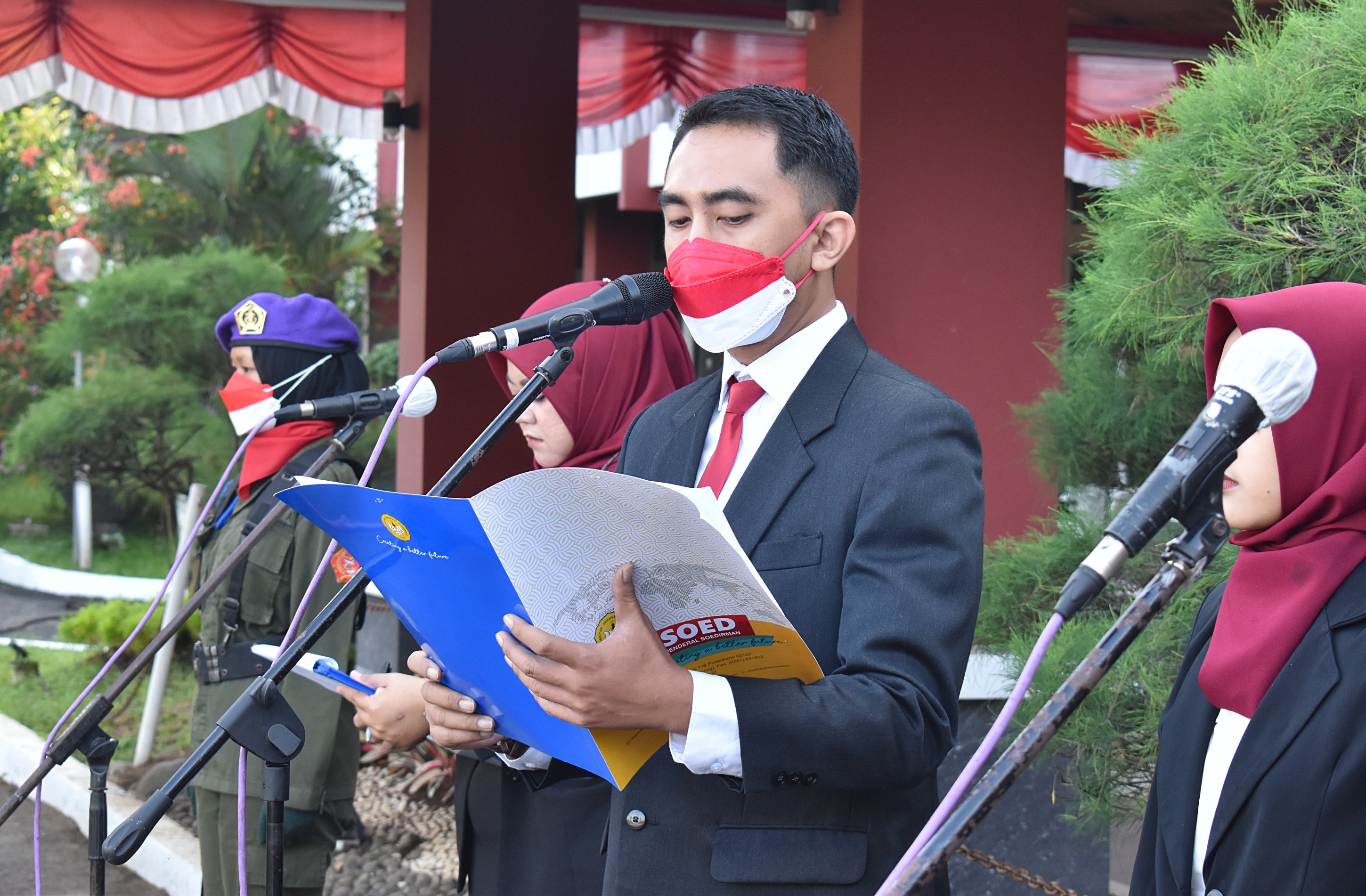 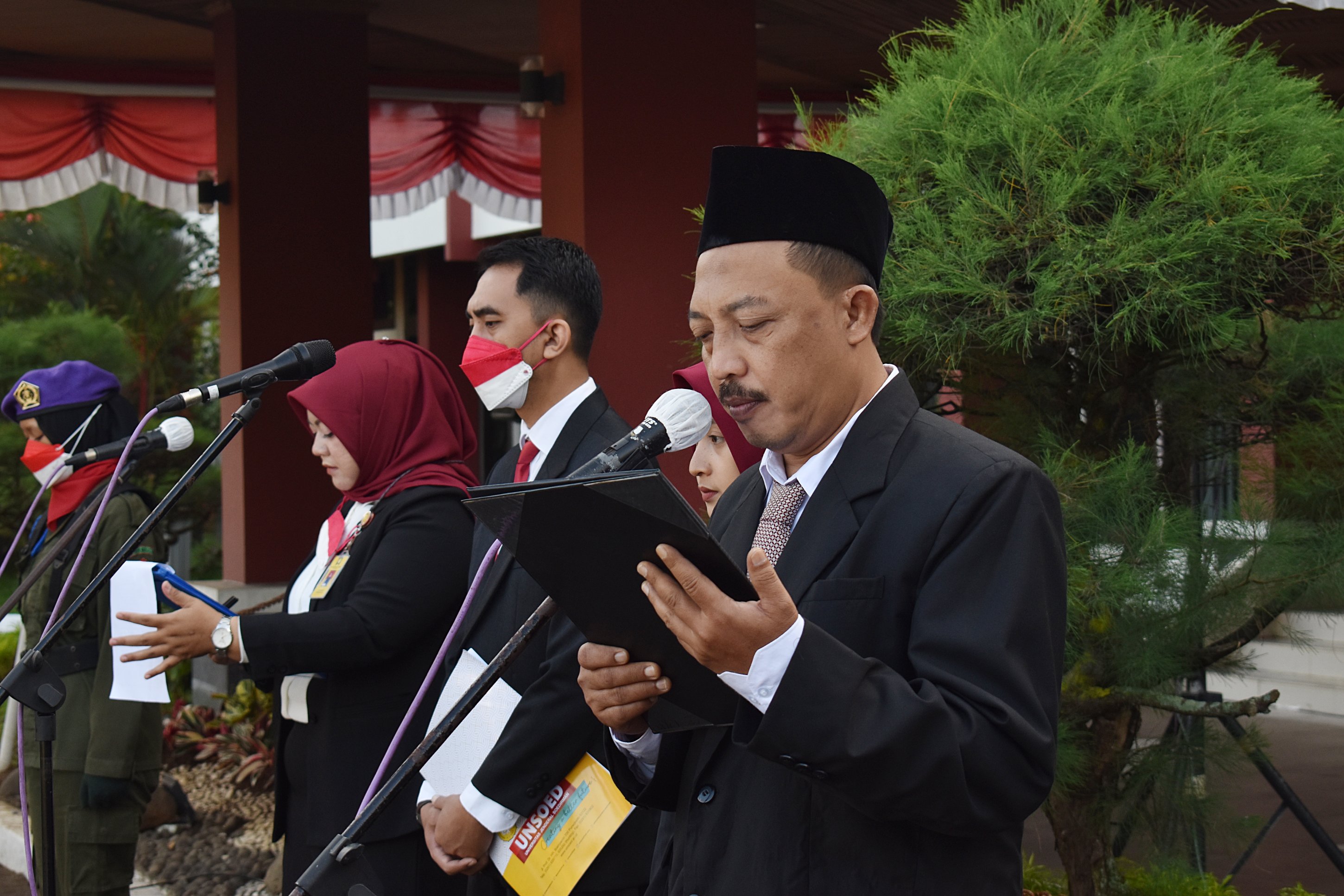 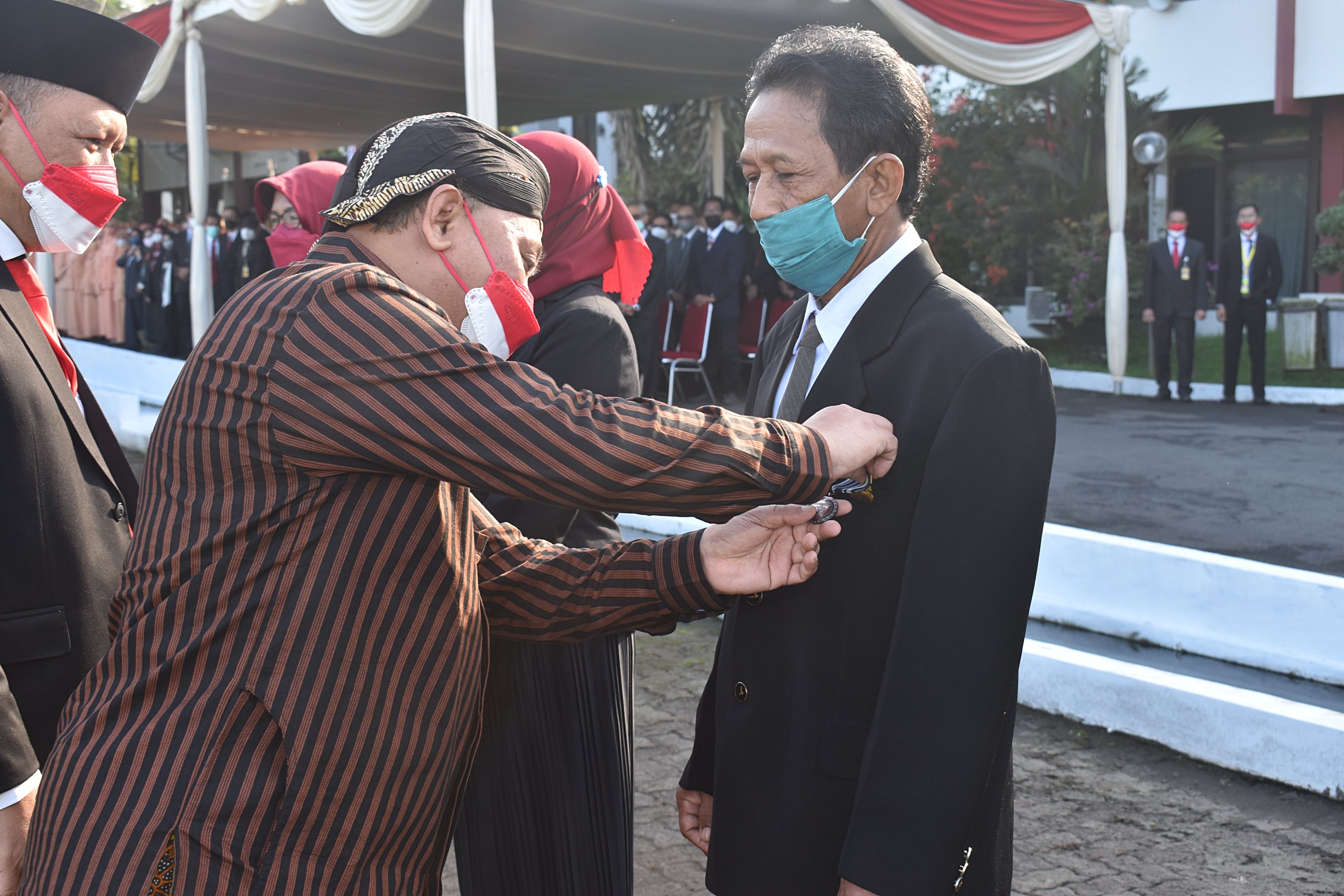 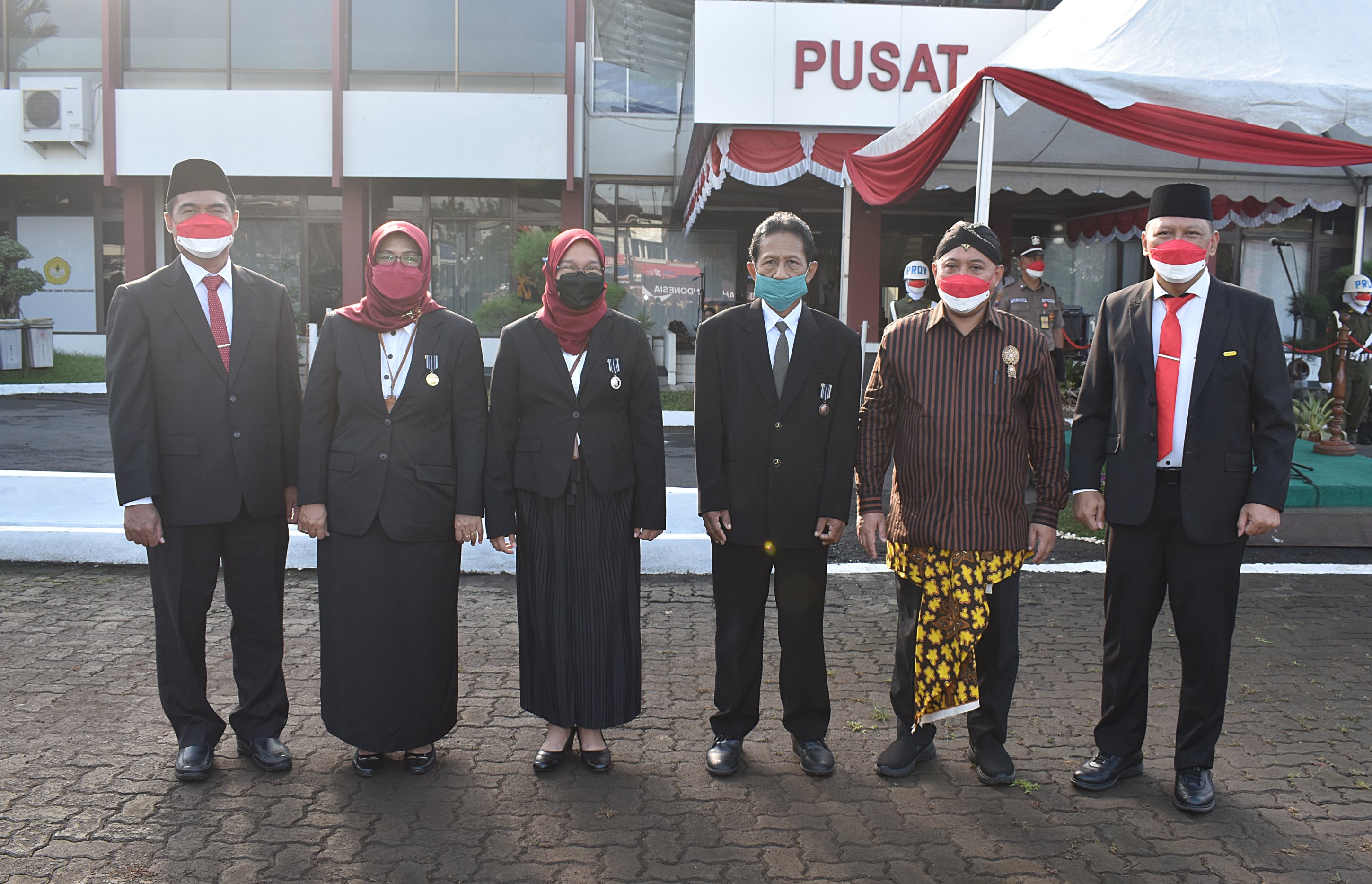 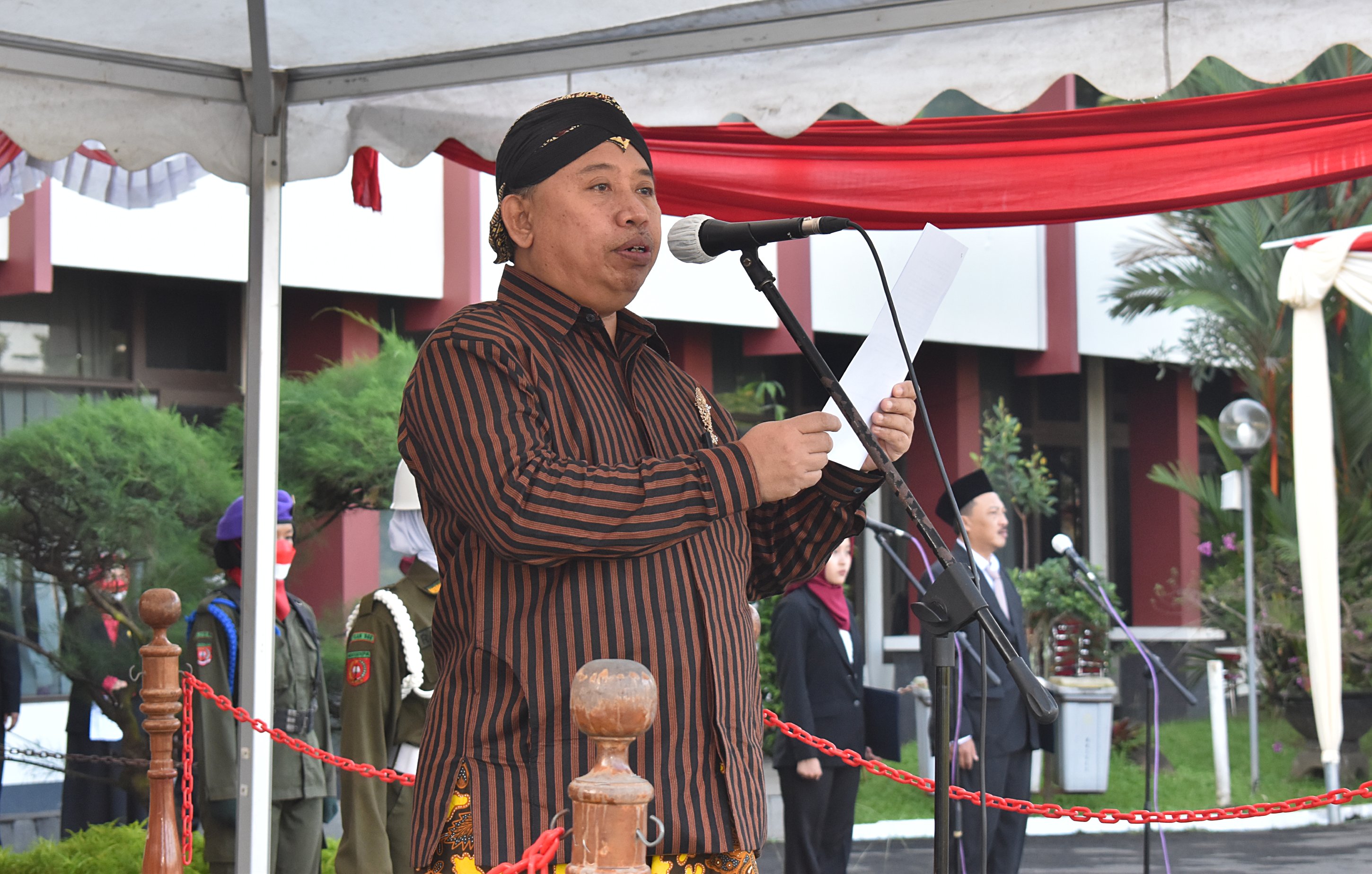 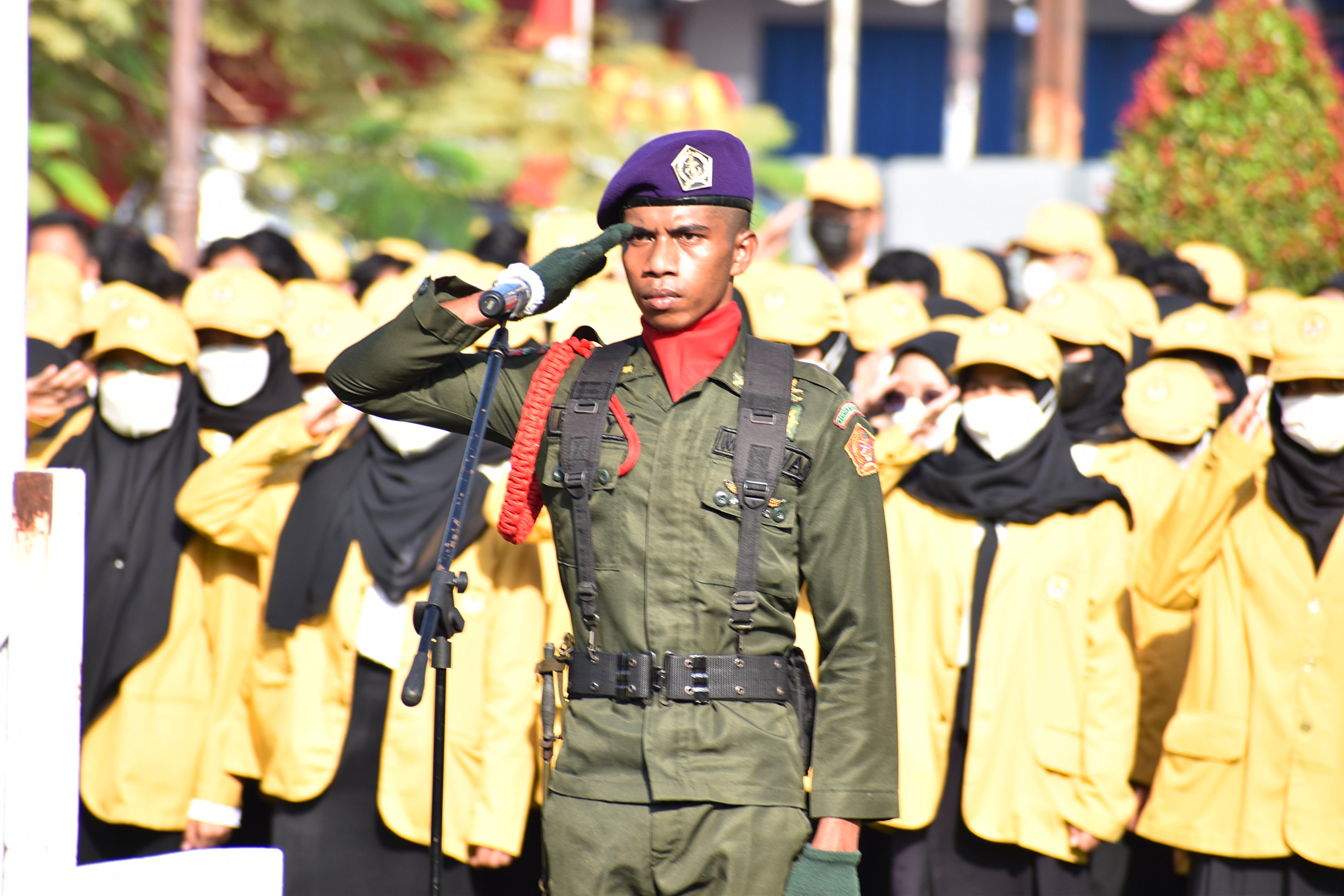 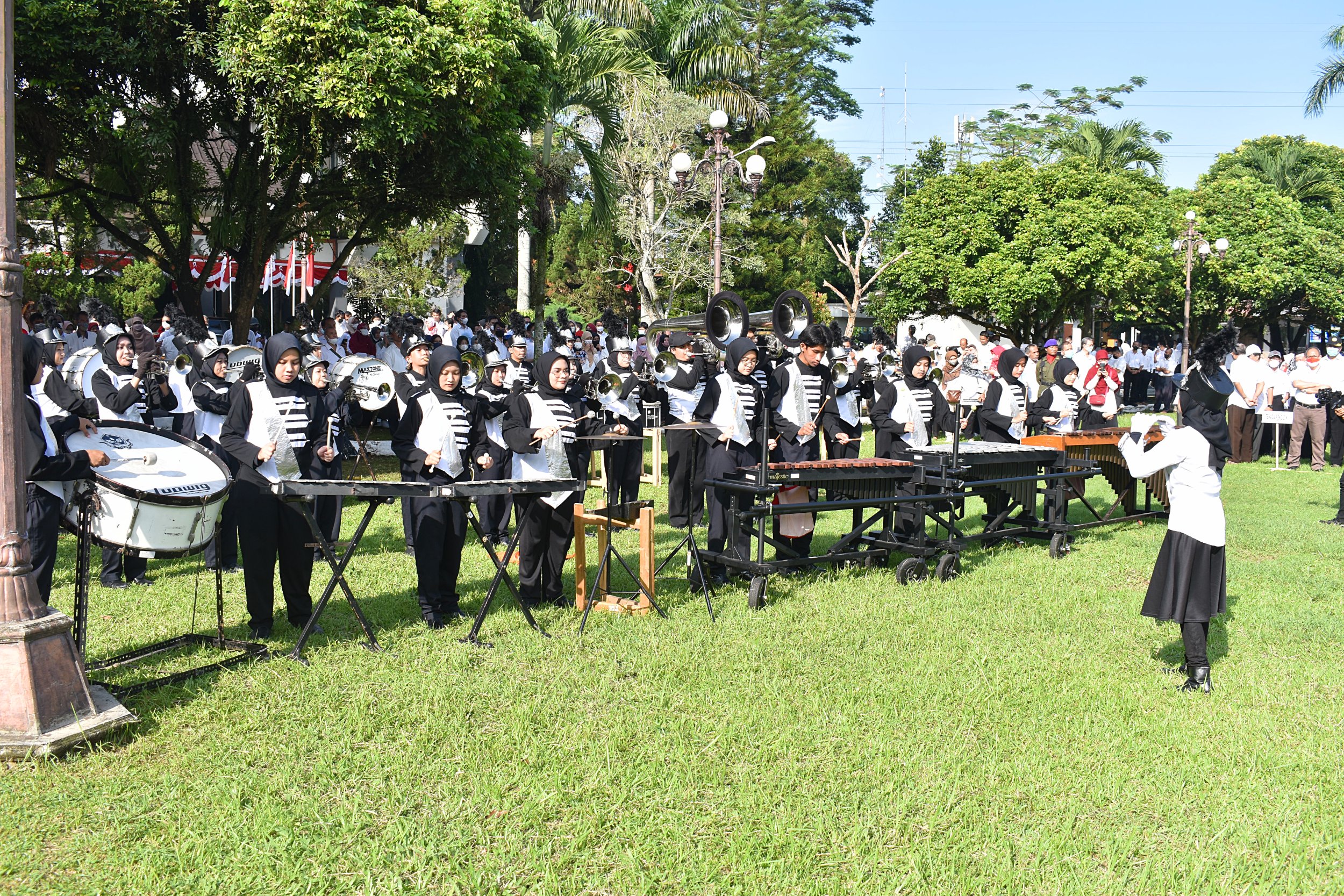 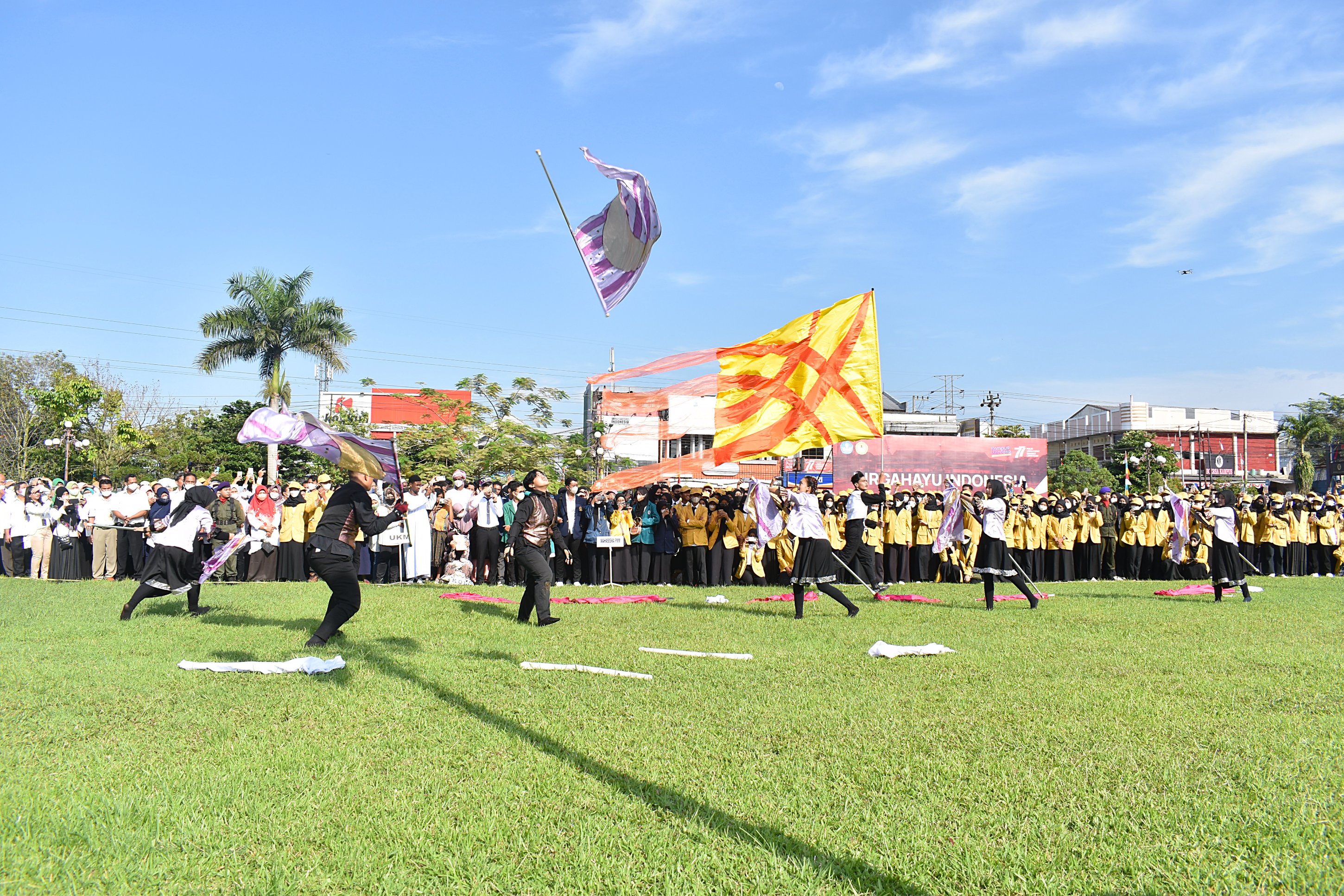 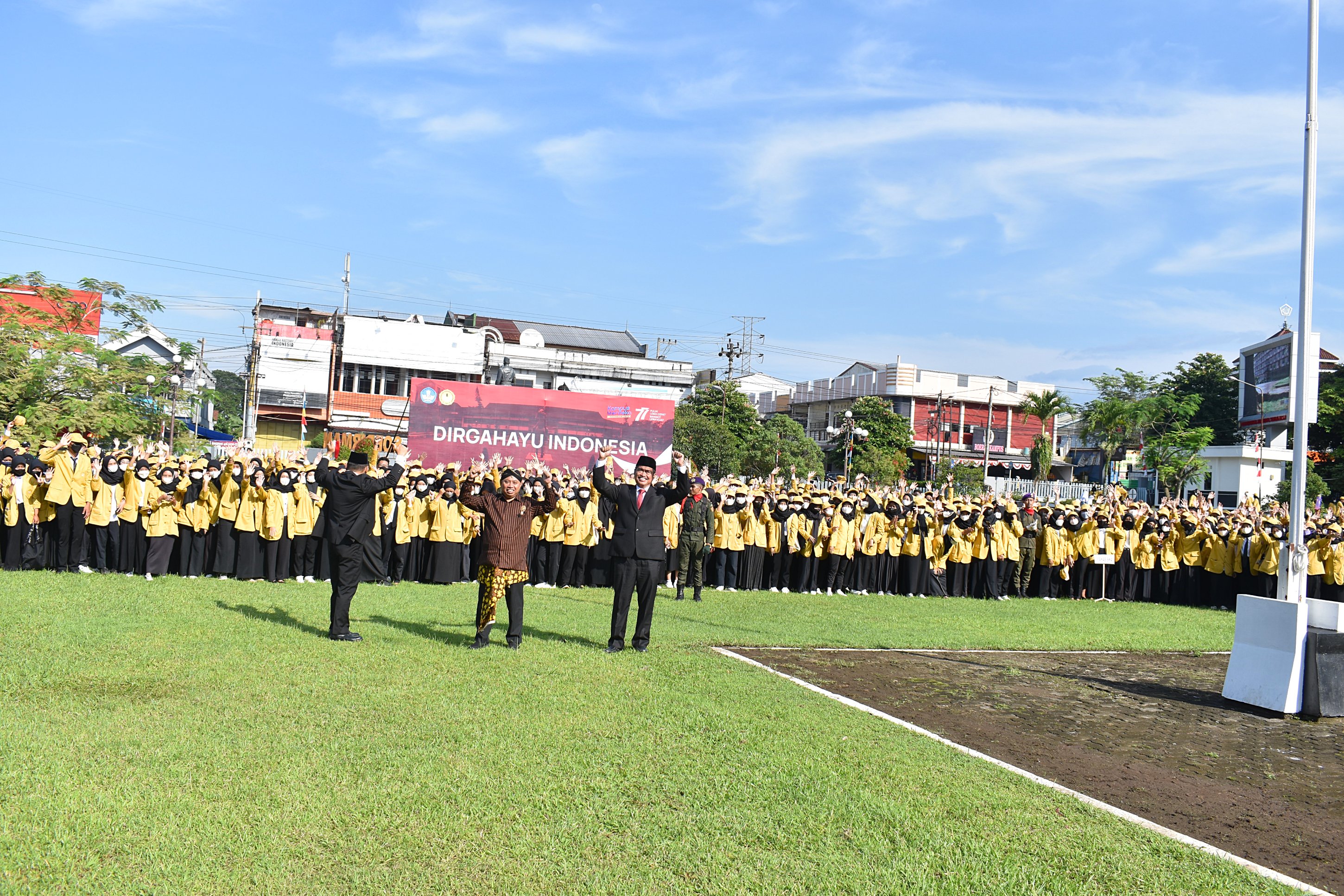 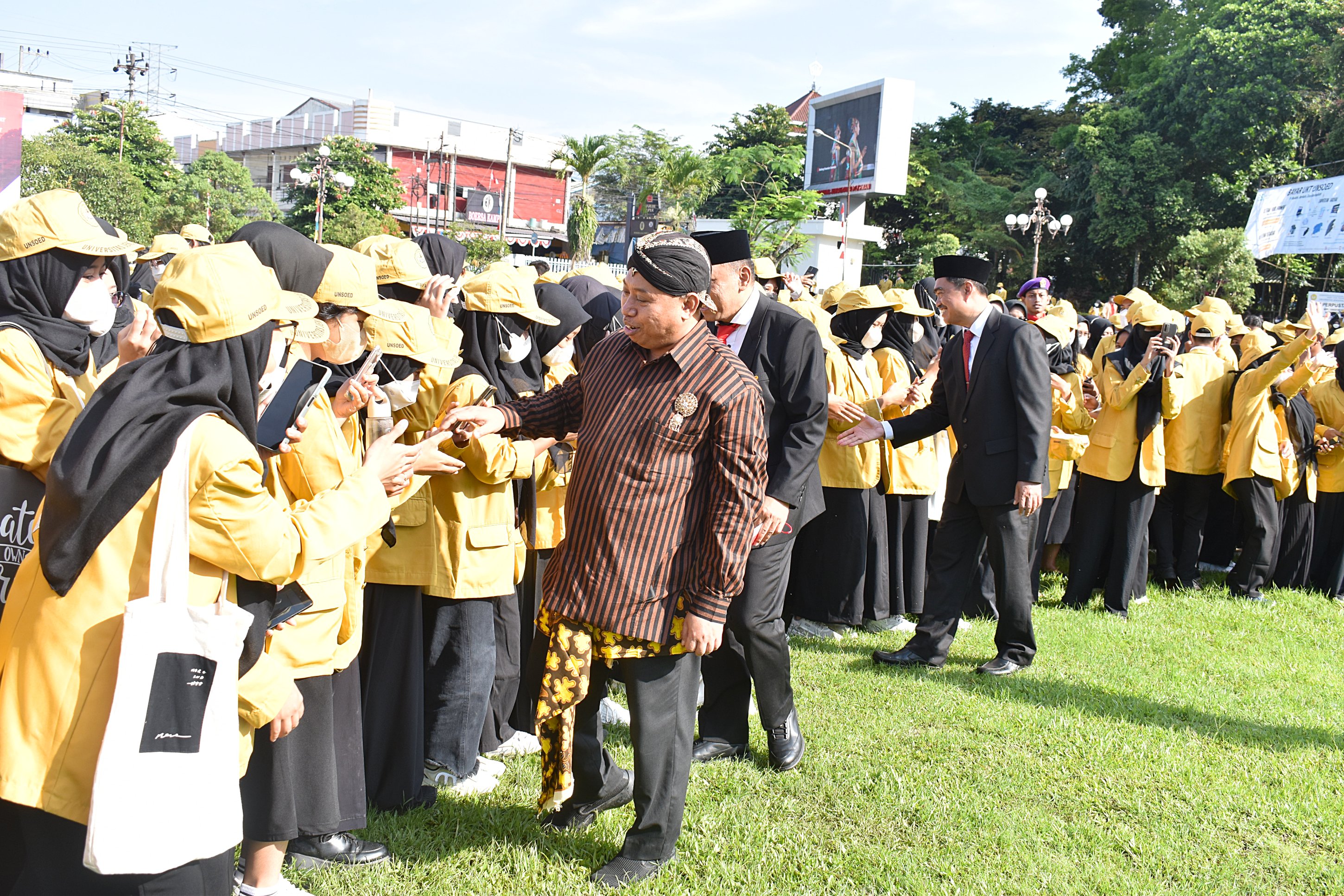 [unsoed.ac.id, Wed, 17/08/22] Commemorating the 77th Anniversary of the Proclamation of Independence of the Republic of Indonesia, Universitas Jenderal Soedirman / UNSOED held the Flag Ceremony, Wednesday (17/8) in the theme"Recover Faster, Rise Up, Arise Faster". The ceremony, which took place in the courtyard of the Unsoed Administration Headquarters, was attended by the Leaders, Educators, Education Personnel, Students and campus institutions which went smoothly and wisely.

As the Advisor for the Ceremony, Chancellor Prof.Dr.Ir Akhmad Sodiq M.Sc.Agr, read the remarks of the Minister of Education & Culture, Research and Technology Nadiem Anwar Makarim. It was said that this year, we commemorate the 77th Anniversary of the Independence of the Republic of Indonesia in 2022 with the spirit of "Recovering Faster, Rising Stronger". We are currently proving this spirit together through the G20 presidency in 2022, with the Ministry of Education, Culture, Research and Technology (Kemendikbudristek) playing a major role in fostering global collaboration to work together to restore and revive the education system.

"We have given an example to the world how the learning process in Indonesia is currently more in favor of students and frees teachers to be creative in teaching through the Independent Curriculum and the Merdeka Mengajar platform," said the Minister of Education and Culture, Research and Technology.

Furthermore, it was conveyed that we have also convinced the world that the young generation of Indonesia has been trained in the world of work and social life, the provisions of which have been obtained since college through various off-campus learning programs that are gathered in the Merdeka Campus.

Likewise in the cultural sector, the Ministry of Education and Culture in the G20 forum encourages countries in the world to provide funding support for artists and cultural actors so that they can inspire with their best works, especially in the post-pandemic period. This initiative is a continuation of the breakthrough cultural endowment fund and the first cultural channel in Indonesia that we launched and has provided many benefits for our cultural promoters.

“The things I mentioned earlier are only a small part of the Merdeka Learning breakthrough, which has now reached 21 episodes. There are many more episodes of Merdeka Learning that we will launch, until all children throughout Indonesia feel true independence, which are learning happily, working without obstacles, and running towards the future with courage as Pancasila Students," explained the Minister of Education and Culture, Research and Technology.

The series of ceremonies took place lively with the appearance of the Marching Band Bahana Putra Soedirman, which is one of the student activity units at Unsoed.