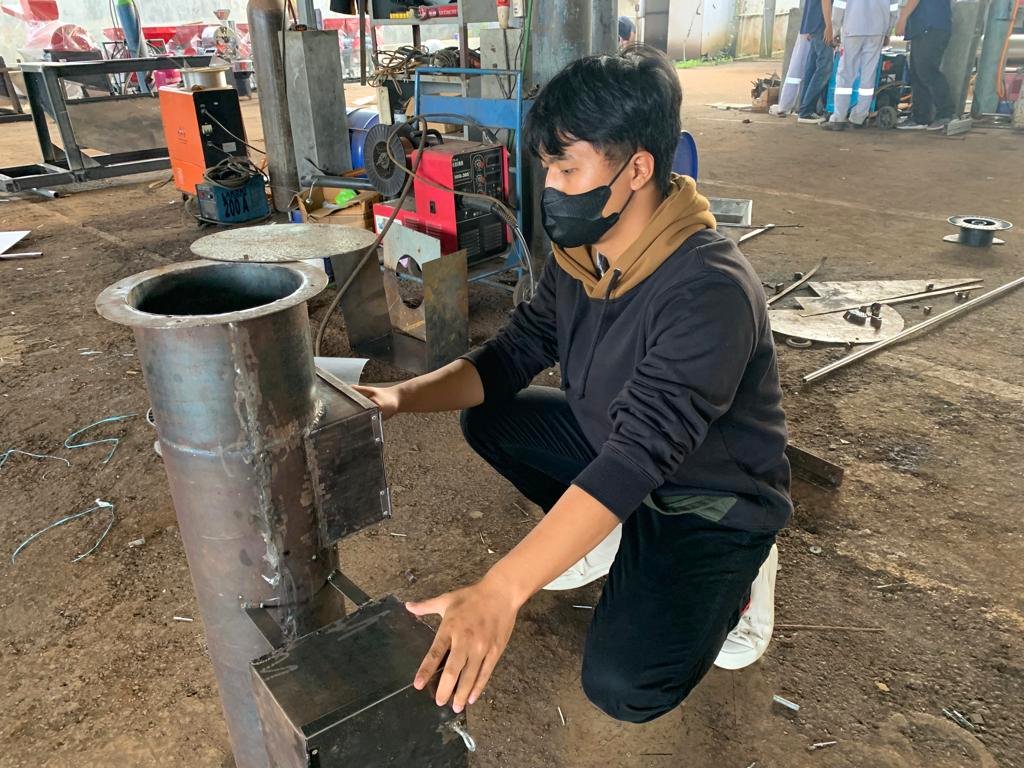 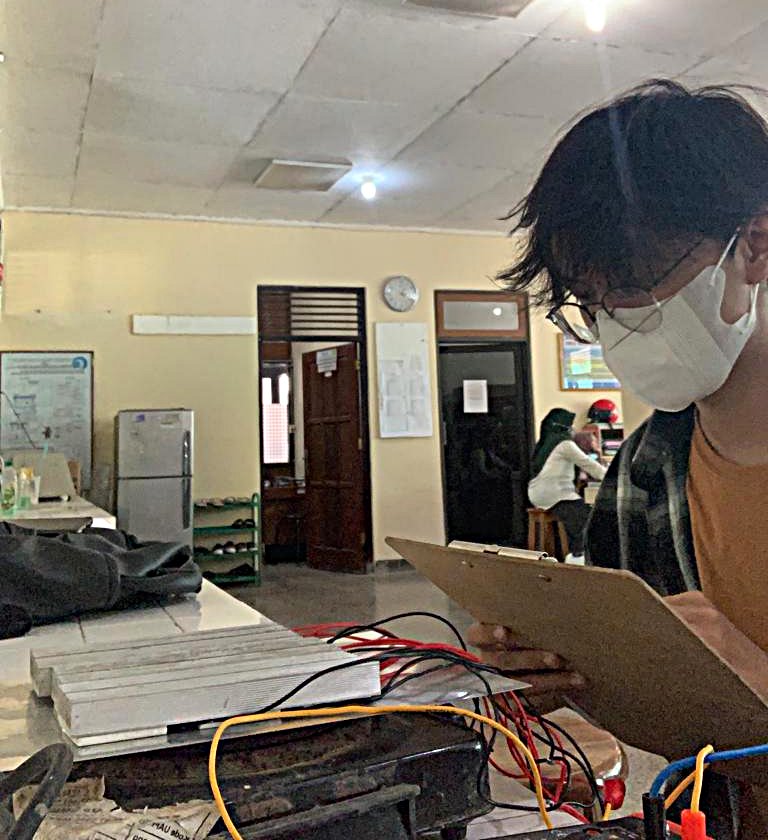 [unsoed.ac.id, Wed, 31/08/22] Student Creativity Team for Creative Works (PKM-KC) of F.MIPA students Unsoed made an innovation in a chimney that can filter and reduce carbon dioxide (CO2). The team was chaired by Agung Budiyono Wongso with members Gibran Syaillendra Wiscnu Murti, and Muhamad Ilyas Zainul Furqon under the guidance of Dr. Mukhtar Effendi, S.Si, MEng.

Agung Budiyono Wongso said that this idea originated from his and his friends' experiences passing through an Industrial area full of smoke and heat generated by industrial activities which caused them to feel stifle along the way. “Industrial processes do not escape the use of fossil fuels which produce exhaust gas emissions, one of which is carbon dioxide (CO2). This has an impact on the decline in the quality of life of the community, which is getting lower,” he said.

CO2 gas emissions can cause various health problems such as respiratory problems, irritation, and even poisoning. In addition, industrial processes also produce waste heat which also has an impact on the surrounding environment.

From these problems, the three Unsoed Chemistry students got the idea to make a chimney prototype that utilizes simple technology that can filter smoke and manage waste heat conversion which is then converted into electrical energy. This prototype design is named ECO-E (Electric Carbon dioxide to Oxygen Converter and Energy Conversion).

Agung explained that this filtration uses the application of the electrochemical phenomenon method to reduce carbon dioxide CO2 which can convert it into oxygen (O2) through a redox reaction. “This tool has an effectiveness with faraday efficiency that reaches more than 90%. In addition, to convert heat energy into electricity, a Thermoelectric Generator (TEG) module was used as the electric conversion that uses Seebeck Effect phenomenon which utilizes the temperature difference between the two sides and produces a DC electric current," he explained.

The electricity produced is then stored into batteries that are later ready to be used and circled back for the CO2 reduction process. Thus, this prototype does not require external energy but can produce electrical energy independently.

“This prototyping is expected to reduce the impact of pollution caused by industrial processes that directly affect the environment and the wider community. This tool also produces electricity which can be used as alternative electricity,” he concluded.