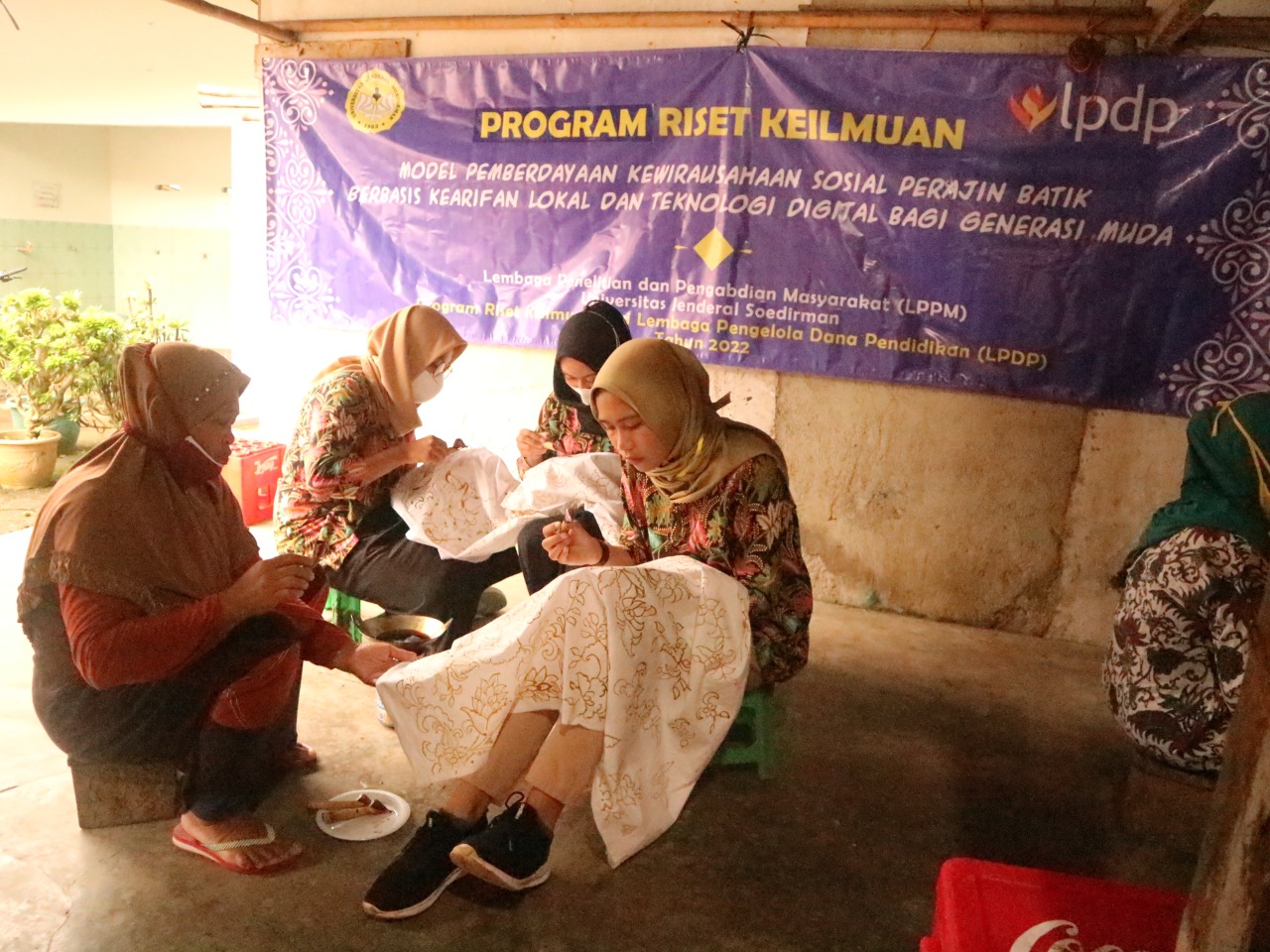 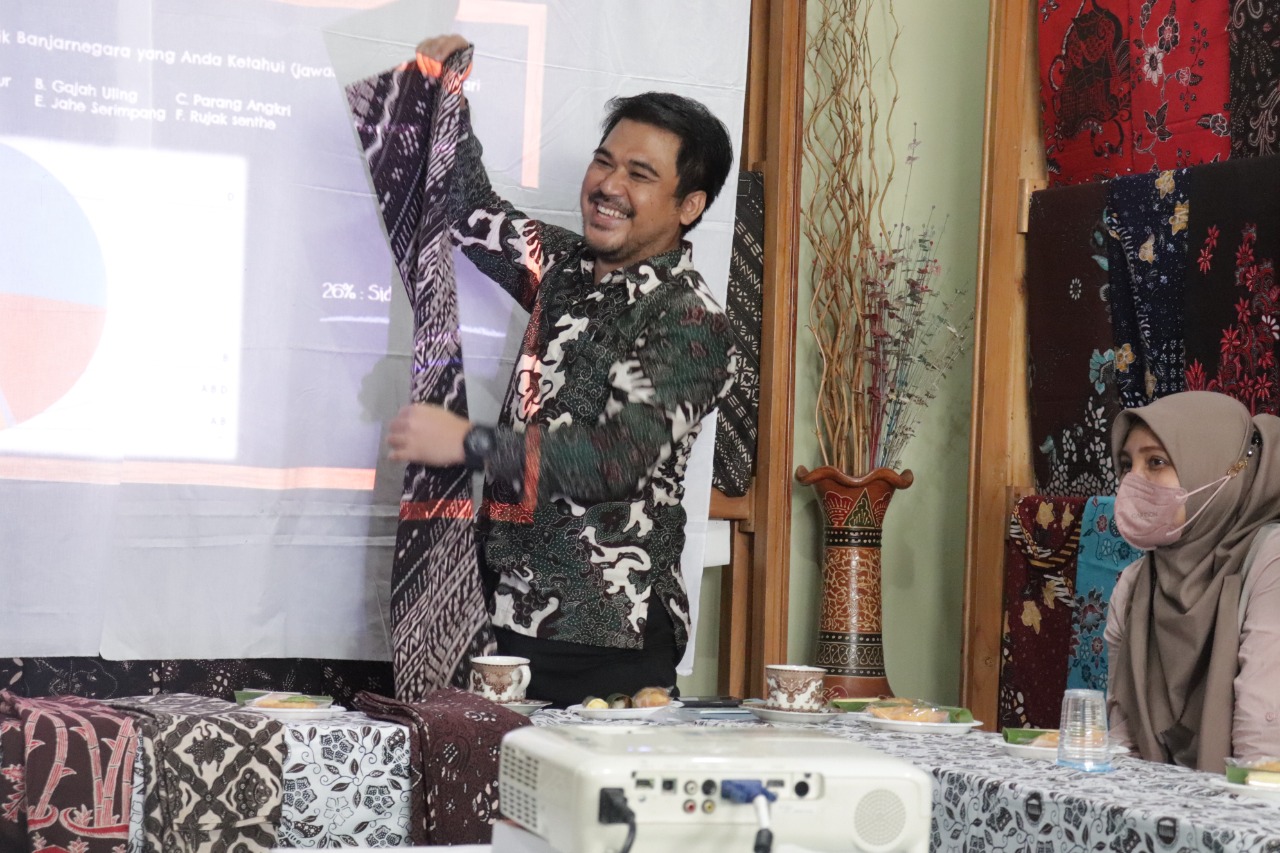 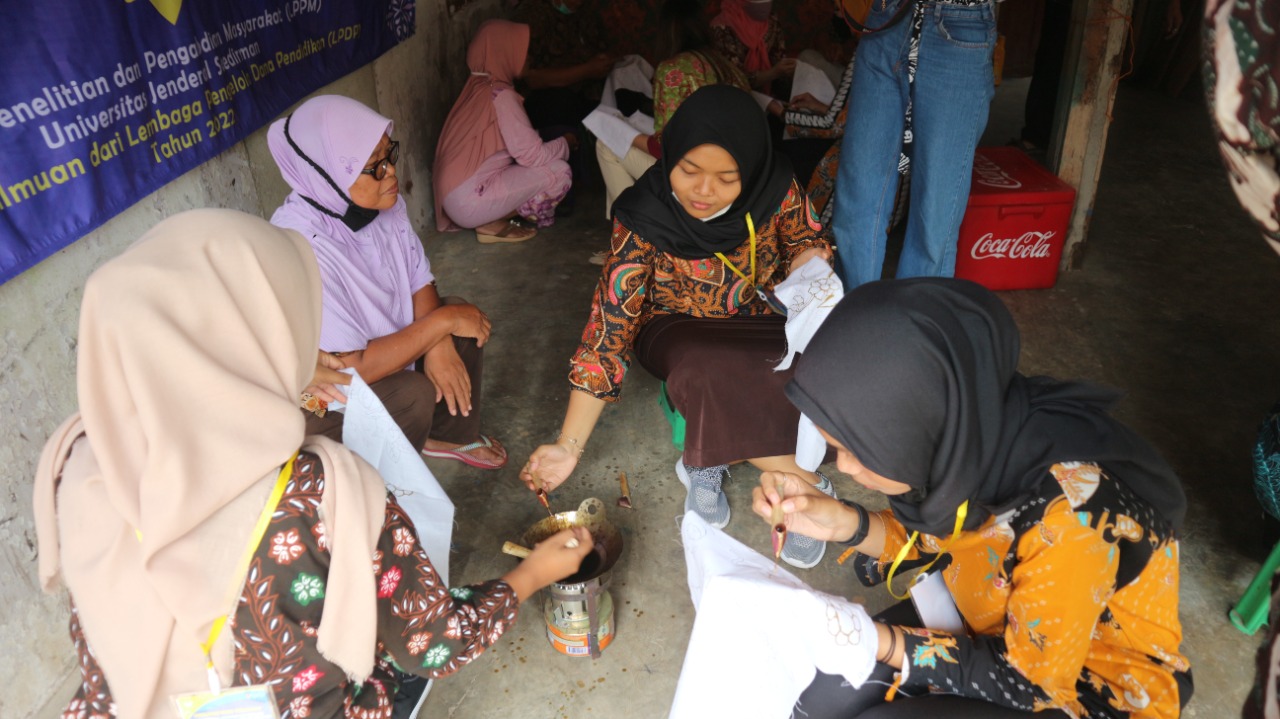 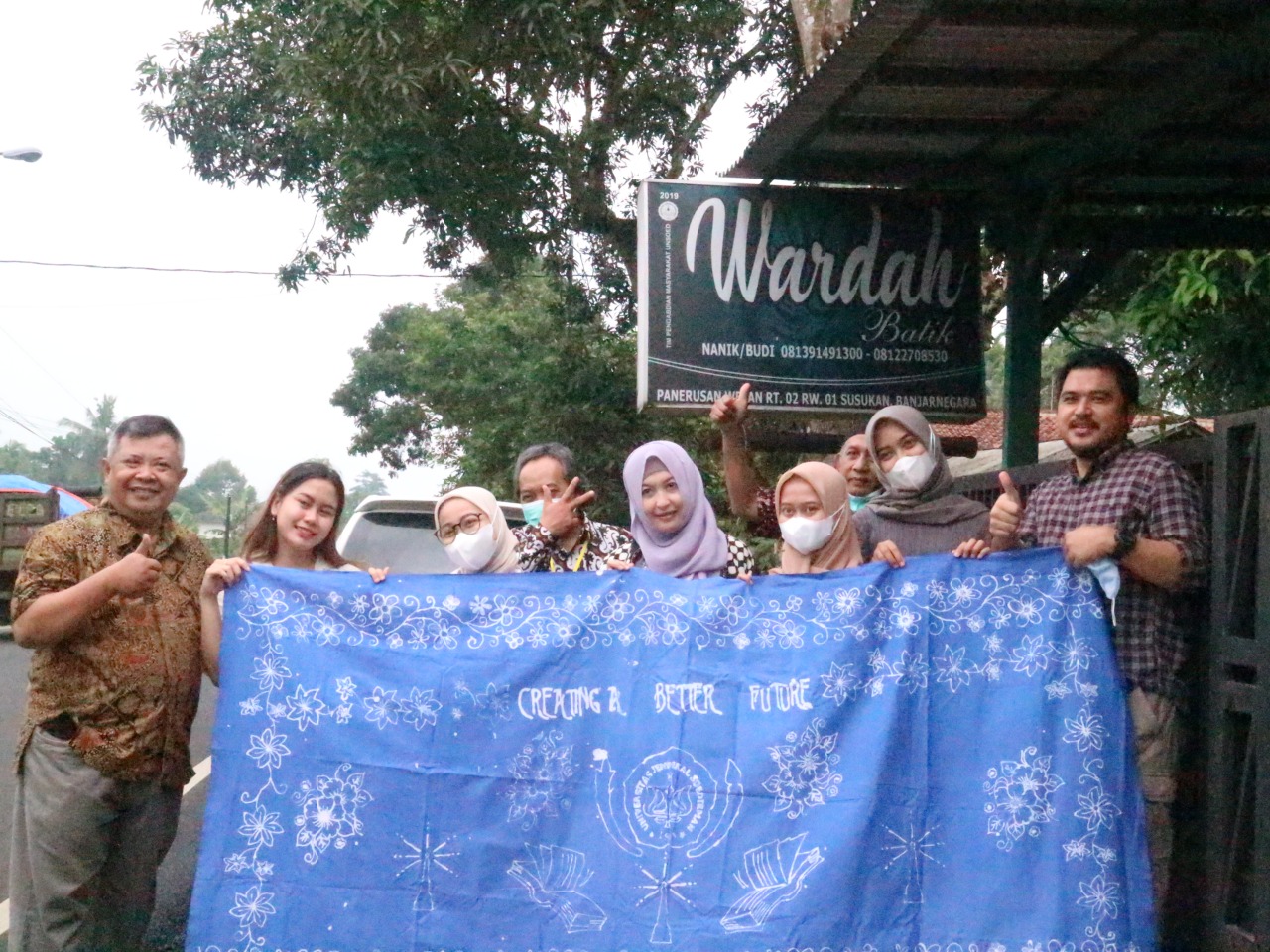 [unsoed.ac.id, Wed, 02/02/22] The Scientific Research Team at Universitas Jenderal Soedirman (Unsoed) in the 2022 Education Fund Management Institution Program (LPDP) conducted research and batik training for students. A total of 5 representative student groups from four schools in Purwareja Klampok District, Susukan District, Banjarnegara, and a number of Unsoed students were involved in the activity which took place from the beginning of February to the end of February 2022.

It is hoped that the old batik maker at the Banjarnegara Batik center, which is often found in Susukan District, can be passed down to the younger generation, especially in the promotion of marketing batik products with the support of digital technology. "With the support of digital technology, and the support of the Banjarnegara Regency Government, it is hoped that the potential of Banjarnegara batik will develop in the future," said the Head of the Scientific Research Program Team-Model of Social Entrepreneurship Empowerment of Batik Crafters Based on Local Wisdom and Digital Technology for Young Generation, Dr. Adhi Iman Sulaiman as the head of the research team.

This program began with a preliminary study, dissemination, and survey of questionnaires in January 2022 about Banjarnegara’s typical Batik to 100 students in four schools in Banjarnegara. Each school has 25 students, namely SMA PGRI Purwareja Klampok, SMA Negeri 1 Purwareja Klampok, SMK HKTI 2 Purwareja Klampok, and SMK Negeri 1 Susukan from the Department of Batik and Textile Creative Crafts (KKBT). "After the socialization and survey, phase 1 batik training was carried out in Batik Wardah craftsmen and entrepreneurs in Panerusan Wetan Village, Susukan District, Banjarnegara, for five meetings, every Saturday and Sunday in February 2022," said Dr. Adi Faith.

According to him, during the training, the students were provided with four skills. First, designing hand-drawn batik manually and digitally. Second, the technique of batik coloring. Third, making Ecoprint an innovative batik. Fourth, digital marketing strategy. In this case, the trainer is Budi Triyono (60), the owner of Wardah batik who has had a long history of working in the written, stamped, combination, and printing batik business.

Dr. Adhi Iman is optimistic that, with a touch of technology and digital marketing, the Banjarnegara batik business is prospective, and is in demand by the younger generation. "It is hoped that the students equipped with this skill can pass on their skills to other students. They can also help promote written batik products from SMEs through social media. It is hoped that when they graduate from school, they will not only work in factories in big cities, but to become a diligent and tenacious entrepreneur, including in the batik industry," he hoped.

One of the training participants, Cindi Muslikhah (17) said she was very grateful to the research team from Unsoed who had provided batik skills with a touch of technology and digital marketing. "This training has opened my interest to pursue the batik business. I am more interested in the field of digital marketing," said Cindi Muslikha, a Class XII student majoring in KKBT at SMKN 1 Susukan.

Likewise, Fitri Nurhalimah (17) wants to deepen the design of batik models digitally, and digital marketing. "I'm interested in deepening the design of batik models and digital marketing of batik. This training has inspired me. Who knows, maybe later I can pursue batik entrepreneurship," said Fitri who was agreed by her friend, Rahma Pasha Sari, both of them are from the Computer Network Engineering (TKJ) department of SMK HKTI 2 Purwareja Klampok.