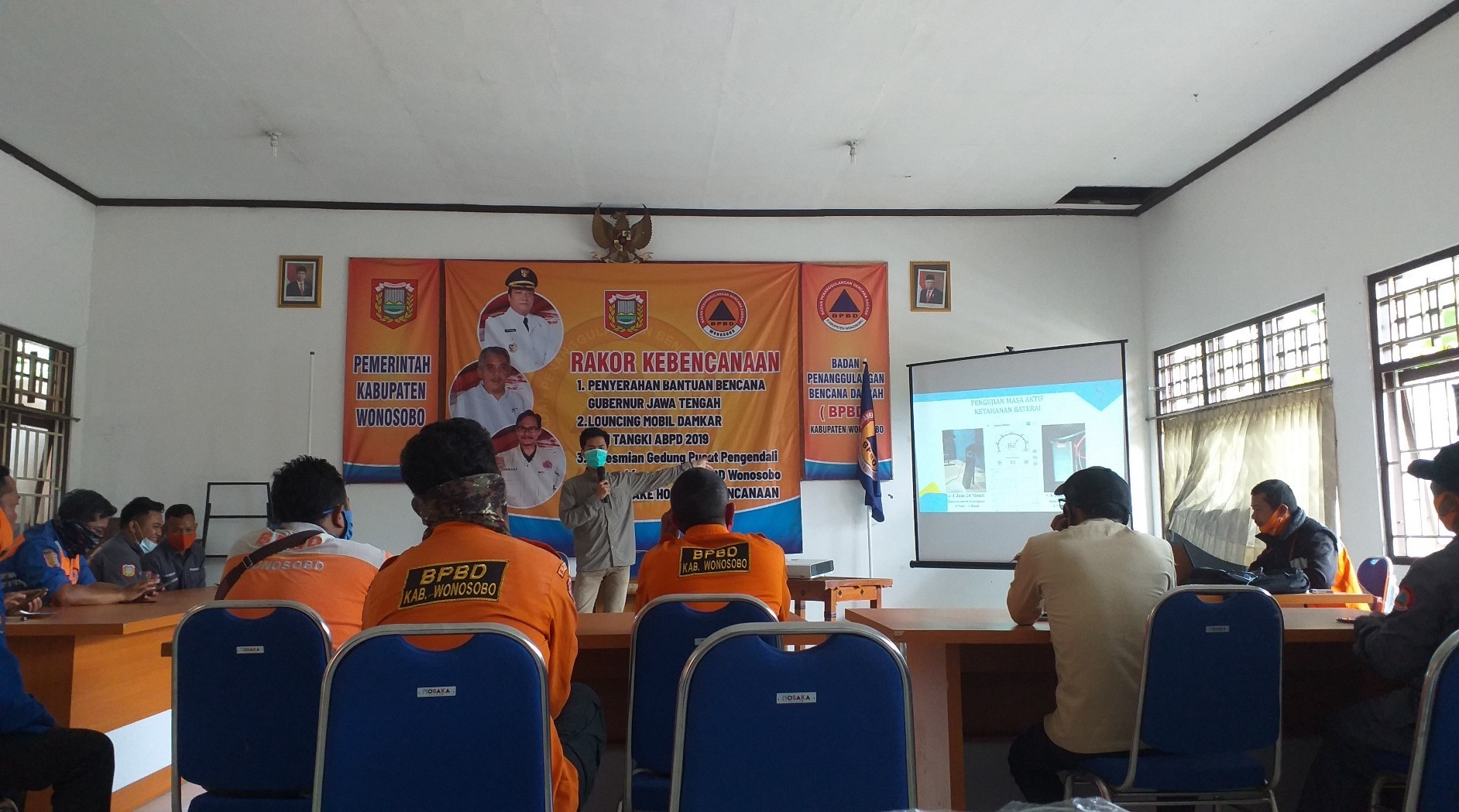 “The idea of making this EWS was based on landslide disaster, which is one of the most frequent disaster that happen in Indonesia. Even in the last few years, it places on the third place after flood and whirlwind.”, Tito said. He argued that they did not have to take samples of ground movement from somewhere far because there are areas which are prone to ground movement in Banyumas, Purbalingga, Wonosobo, Banjarnegara, and in the vicinity.

Thus, Tito and his team decided to make something which was useful for the people who live in those areas. Besides, the price of EWS is not really affordable since it can cost Rp 3.500.000,- until millions rupiah. “Therefore, we developed EWS which is more affordable since it costs only Rp 350.000 - Rp 400.000,-“, he stated.

This EWS development was based from BPBD Magelang, then the design which focused on the functions were developed. It became rainproof, dual channel, and it even had rechargeable battery. This EWS was presented in BPBD Wonosobo to get further inputs. Tito and his team would also put this innovation in a national journal. Besides, if this device is approved to be on grant, then Tito, youth charity collaboration, Unsoed students organizations, and other organizations would do fundraiser to give this device to BPBD Banyumas.

Push forward, never give up! (NY)